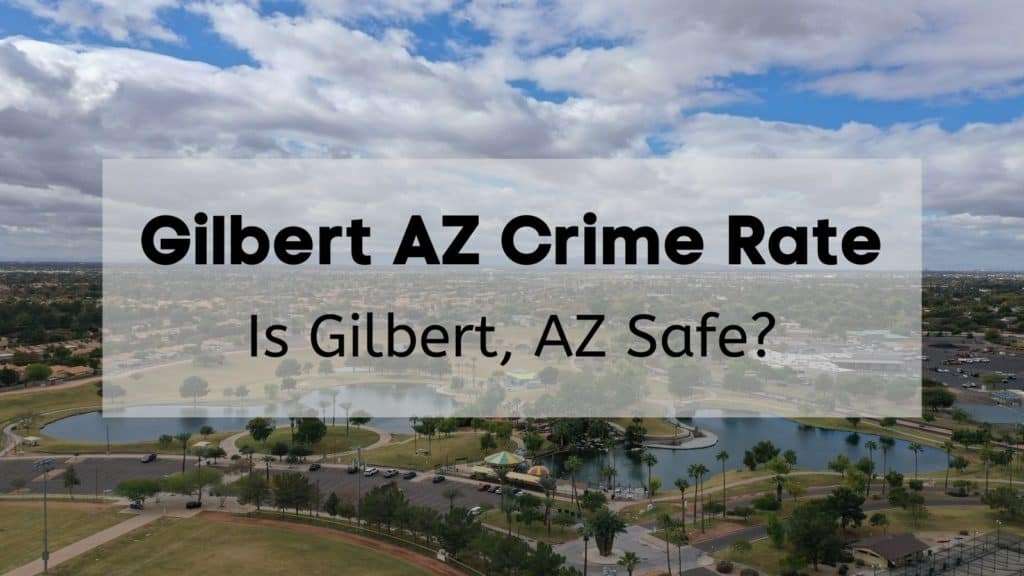 The town of Gilbert, Arizona, about 20 miles out of Phoenix in Maricopa County, is one of the largest cities in Arizona. If you’re relocating to the Phoenix metro area and considering moving to Gilbert, you probably have an important question: is Gilbert, AZ a safe place to live?

Gilbert isn’t just safe – it’s one of the safest cities in AZ and the entire country! Gilbert ranked as the 2nd among safest large cities in America based on the FBI Uniform Crime Reporting (UCR) program. It was the only city in Arizona to make the top 15 safest cities in the country.

Here’s what you need to know about the Gilbert crime rate.

There are many ways to examine crime in a city. One of the most common tools is crime rates based on FBI crime data. The Gilbert crime rates below are based on data reported by the Gilbert Police Department.

Crime rates are reported through the Uniform Crime Reporting (UCR) program which presents crime rates for the country, states, regions, and cities. These crime rates are designed to indicate your risk of being the victim of crime, but they do not tell the whole story.

UCR crime rates only factor in eight index or Part I crimes that are considered very serious and well-tracked nationwide. The FBI’s UCR program only collects arrest data for Part II offenses which are not used to calculate crime rates. You can learn more about Part I and Part II offenses here.

What Is the Gilbert Crime Rate?

The Gilbert, AZ crime rate is:

Gilbert is the safest city in Arizona with crime that is 55% lower than the state average and 48% below the national average. For comparison, here is the national crime rate: 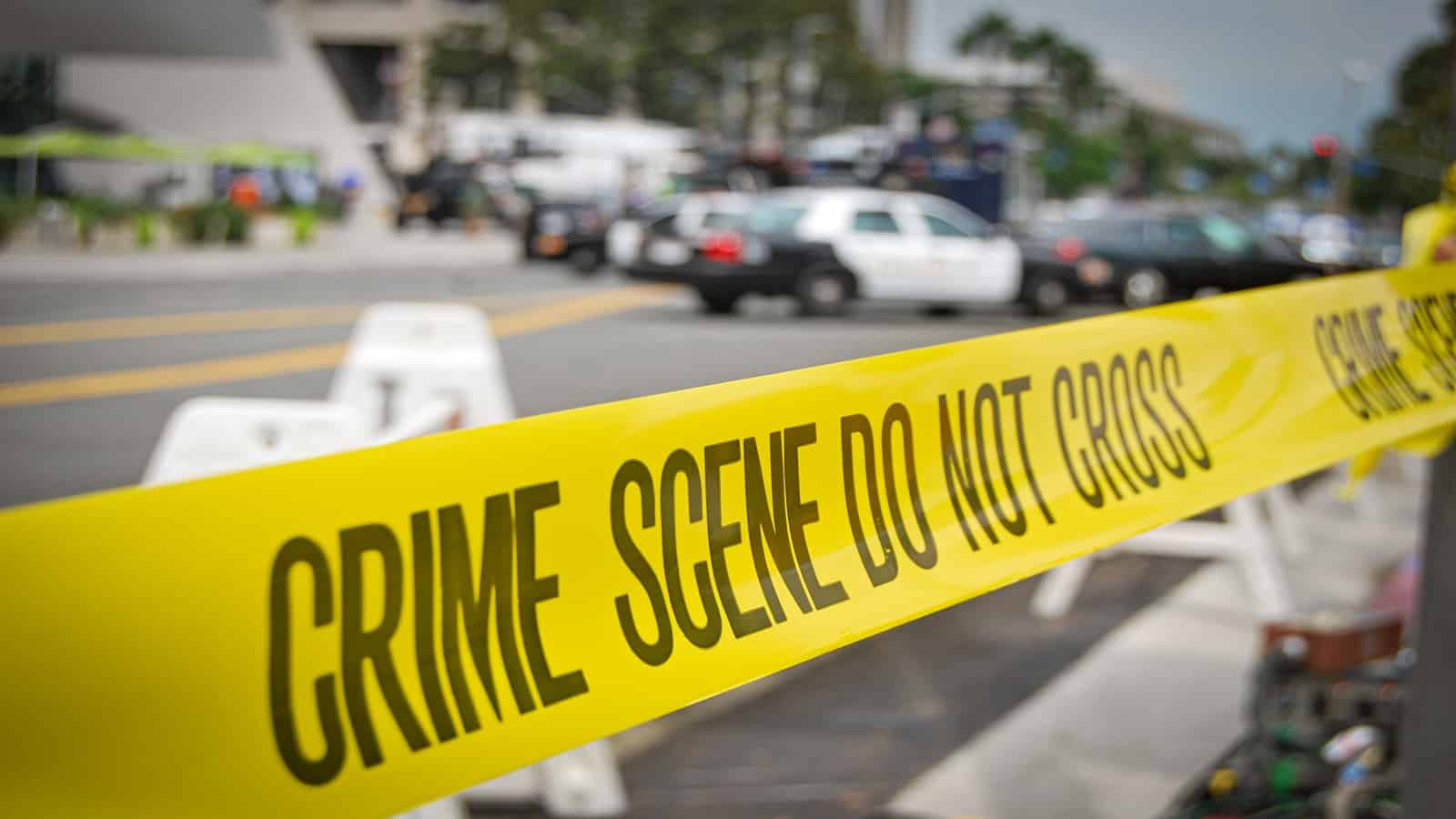 Gilbert is one of the safest places to live in Arizona, but how does it actually compare to other cities? Here are Arizona crime rates by city.

Like most cities, Gilbert experienced a spike in crime during the COVID-19 pandemic and lockdowns in 2020. There were 6 criminal homicides during fiscal year 2020. The aggravated assault rate also increased with 180 aggravated assaults, up from 151 in 2019.

You have a 1 in 83 chance of being the victim of property crime.

Theft is the most common type of Gilbert, AZ crime by far. Of the 2,500 thefts that occur each year, almost 900 involve theft from a vehicle, usually when a vehicle is left unlocked or with valuables visible.

There were 429 burglaries in fiscal year 2020, most of which were residential burglaries (259). 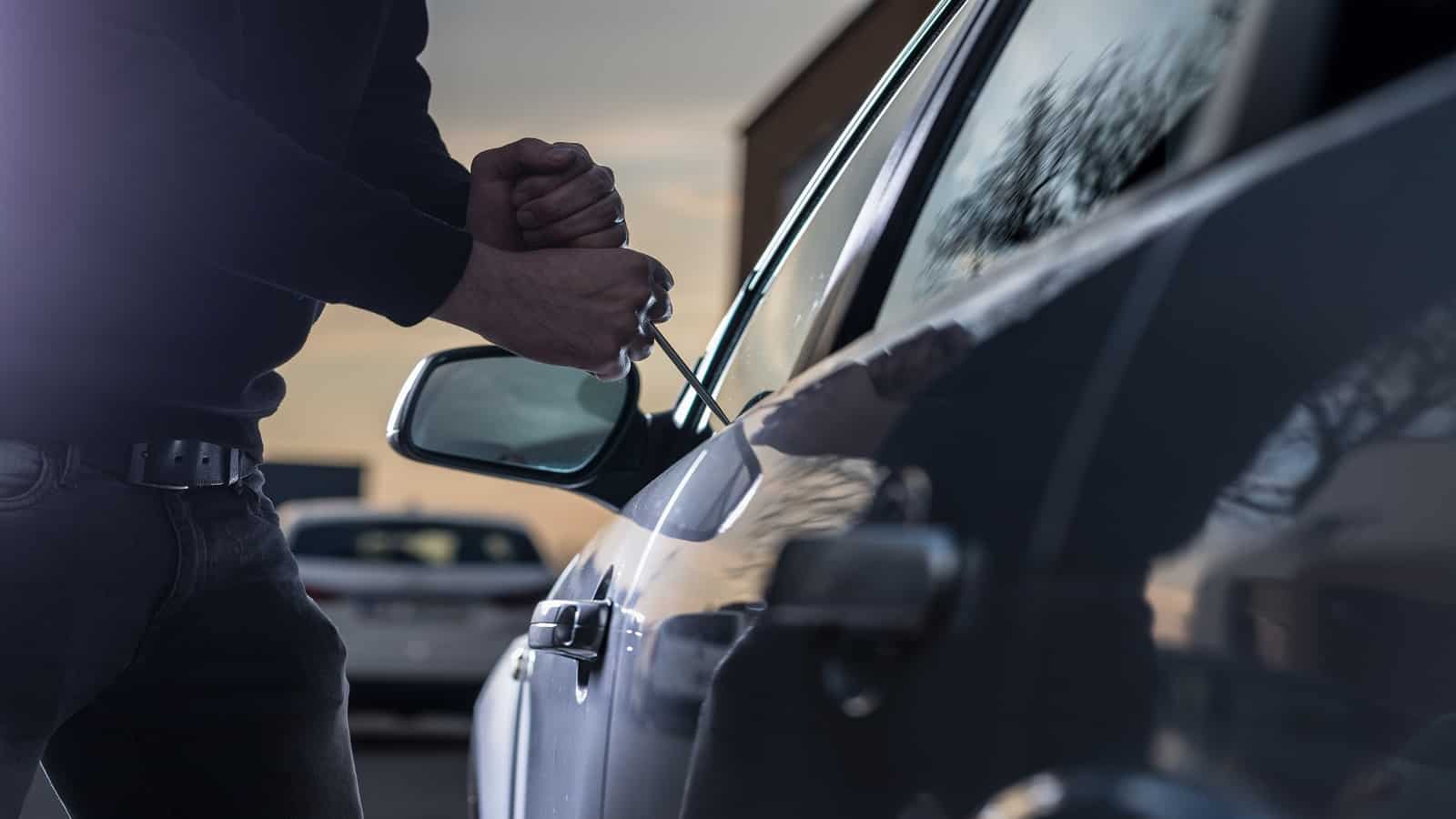 The Gilbert Police Department (GPD) provides updated information on Gilbert police reports, arrest statistics, use of force incidents, calls for service, and crime reports through the Policy and Transparency Hub.

The 2020 Annual Report offers a breakdown of crime in Gilbert, trends, response times, and more.

Police reports are a useful way to better understand the type of crime that occurs in a city. Crime rates only use eight serious index crimes. According to Gilbert Police arrest statistics, there were 628 Part I (index crime) arrests in 2020 including 558 adult and 70 juvenile arrests.

Gilbert police recorded 575 uses of force during 2020. Most uses of force (536) involved displaying but not using a firearm. There were 8 incidents involving less lethal munitions.

The annual report also provides a breakdown of complaints investigated by Internal Affairs. The allegation most likely to be sustained is “operating a department vehicle involved in a traffic accident classified as preventable.”

Crime maps are an excellent way to understand your risk of crime, see hot spots for crime, and find the safest neighborhoods. You can use this Gilbert crime map from CrimeGrade to see which areas have the most crime reported.

You can also check the GPD 2021 Annual District Map Calls for Service. This shows which districts accounted for the most calls for service.

There is very little crime in Gilbert, AZ, especially violent crime. However, there are some neighborhoods where crime is more likely to occur. The following are the most dangerous neighborhoods in Gilbert.

While these areas stand out for having higher crime rates than most of the city, there are no bad areas in Gilbert. The city has a very suburban atmosphere with safe, residential communities and a quiet, laid-back lifestyle. No matter which neighborhood you choose, you can’t go wrong if safety is a priority.

The Gilbert Police Department is pursuing the accreditation process through the Arizona Law Enforcement Accreditation Program (ALEAP) administered by the Arizona Association of Chiefs of Police (AACOP). Accreditation requires a self-reflective approach to ensure standards are met, the police force maintains transparency, law enforcement are held accountable, and police are in compliance with policies.

The GPD is organized into several divisions: Central Patrol, SanTan Patrol, Criminal Investigations, and Support Services with a Chief of Police, two Assistant Chiefs of Police, three commanders, and a civilian commander.

You can see Gilbert police demographics here which shows the gender, age range, education level, race, and ethnicity of the police force.

What is the crime rate in Arizona?

Gilbert, Arizona consistently ranks as one of the top three safest large cities in America and the safest city in Arizona with violent crime far below the national and state average.

What is the Gilbert AZ crime rate?

Is Gilbert, AZ a good place to live? If you’re looking for the safest areas to live in Arizona without sacrificing amenities, great schools, and nearby attractions, it’s hard to beat Gilbert!

If you have settled on moving to Gilbert, give us a call at Mentors Moving & Storage once you’ve narrowed down your options and chosen the right neighborhood. We will give you a free, affordable estimate and help you settle into your new home in no time so you can start enjoying everything this safe Phoenix suburb has to offer!