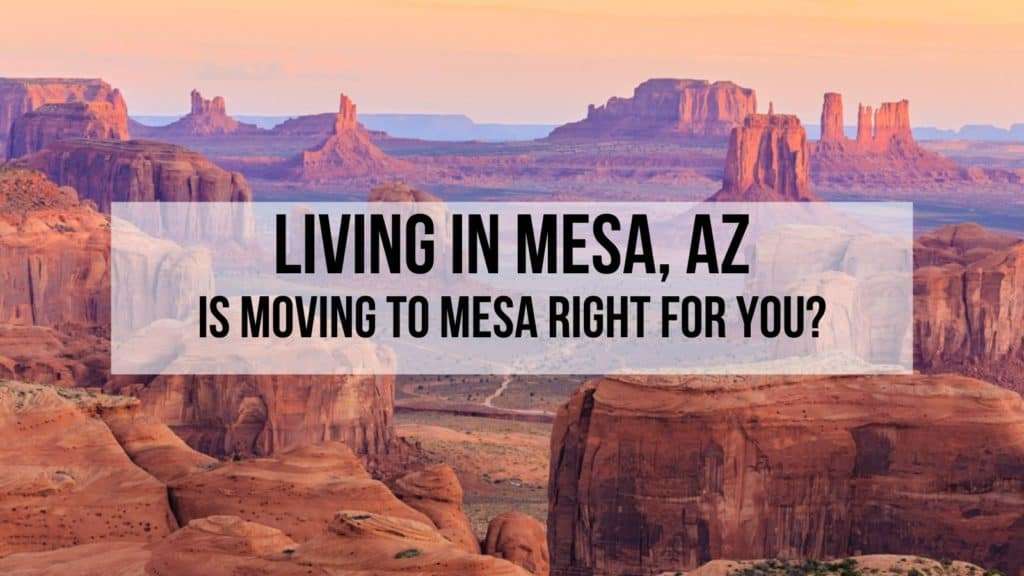 Is Living in Mesa, AZ Right for You? | 🏡 ULTIMATE Moving to Mesa Guide

Just east of Phoenix is Arizona’s third largest city of Mesa. Located in Maricopa County, Mesa is known for its views of the Superstition Mountains. Mesa’s history started with a Mormon pioneer who left Utah to establish an LDS settlement in Arizona. After several Mormons came to live in Mesa, many others followed, and the population grew. The city was named “Mesa” since that meant “tabletop” in Spanish and Mesa was located on a plateau above a valley. The night life is mild in Mesa, creating a more quiet, peaceful atmosphere, which is why Mesa is considered one of the best places to retire in America. The city is also quite diverse, which has created a more welcoming and unique environment for residents in Mesa. Mesa is really a beautiful city and has had some notable people grow up there as well, including Danielle Fishel, who is a renowned actress, and a popular skateboarder named Jet Eaton was raised in Mesa.

There are currently 508,979 people living in Mesa, which is a 2.54% growth from last year. The city is fairly diverse with Mesa’s demographics being 61.1% White, 5.6% Hispanic, 4.73% African American, and 2.18% mixed races. About 10.4% of Mesa’s population is foreign-born, with the majority of them being born in Latin America, Asia, and North America. While the majority of Mesa residents speak English, around 15% of the city’s population can speak Spanish as well.

Mesa has a younger population, with the median age being 35.9, so there are many families and young professionals residing there. Most people have graduated high school in Mesa, however only 29.2% have a bachelor’s degree or higher. For every 50 males, there are 50 females residing in Mesa. The majority of the Mesa population is adults, but only 48% of those adults are married, so there are still many people who are single and looking for love there!

There are many Mesa neighborhoods to choose from, and you’re bound to fall in love with one that will be able to fit all your needs. We’ve put together a list of the top neighborhoods in Mesa for you to look over down below:

Located in the heart of Mesa, Eastmark has beautiful neighborhoods with top-rated schools and awesome amenities. With swimming pools, community events, and youth programs, there is always plenty to do here in Eastmark. Eastmark is one of the biggest communities in Mesa and is one of the most affordable, which has attracted many young families to the area. Right as you enter Eastmark, you will feel the welcoming spirits that come from your new friendly neighbors!

Desert Uplands – One of the most charming Mesa Neighborhoods

If you’re looking for a more lively neighborhood, then The Groves is where you should be! Surrounded by popular businesses, outdoor activities, shopping areas, and restaurants, The Groves has become one Mesa’s favorite neighborhoods. People living in The Groves are also close to major roads like 202 Loop and US-60, which makes it easier for residents to travel faster to nearby cities. The Groves is close to Papago Park, Hole in the Rock, and the Desert Botanical Garden, making it a good community for fun activities.

There are several reasons people choose to reside in Alta Mesa. The neighborhood is new, safe, and fairly affordable, which has attracted many families to the area. Not to mention, that the neighborhood is surrounded by a leading, private golf club that is praised for its recreational activities and social events and gatherings.

Cost of Living in Mesa 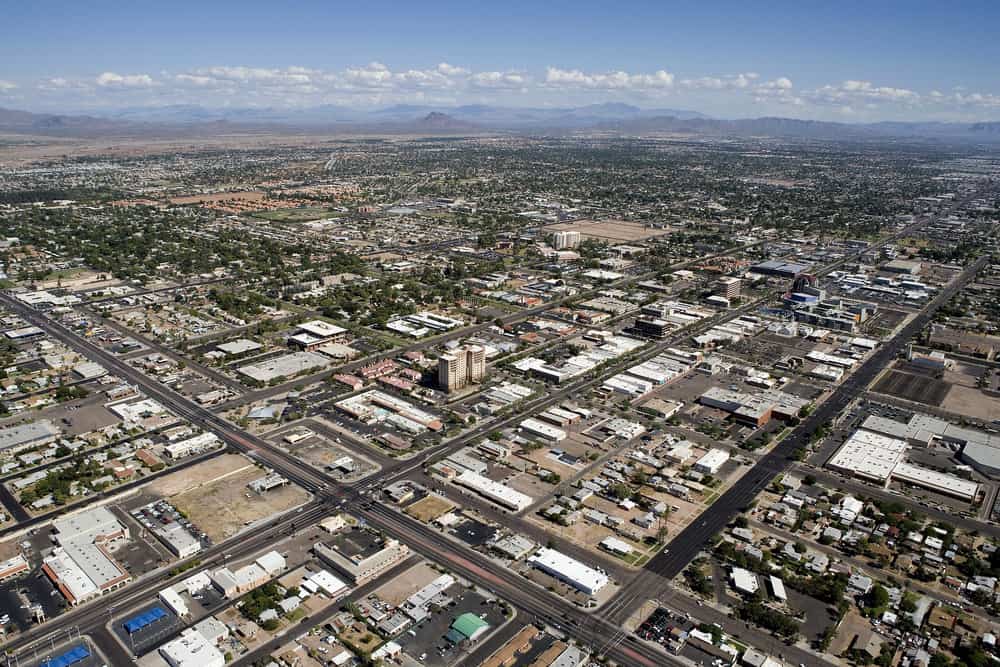 Everyone wants to feel safe, which is why it’s important to look into Mesa’s crime rates. When experts take the time to calculate crime rates, they make sure to look at total crime, violent crime, and property crime. Take a look over Mesa’s overall crime stats, and you will see that Mesa, AZ is a safe place to live:

Violent crime is made up of murder, rape, robbery, and assault cases in a community. The violent crime rate in Mesa is 1% lower than the national average.

Property crime includes burglary, theft, and vehicle theft. The property crime rate in Mesa is 11% below the national average.

The Weather in Mesa

If you’re looking to avoid the cold, then Mesa is the perfect place to live! The summers in Mesa get pretty hot with highs of 104°F and lows of 80°F.  Mesa cools down a bit during the winter with an average high temperature of 65°F and low temperature of 43°F. Mesa has a fairly arid climate meaning that the city doesn’t get much precipitation with only about 10 inches of rainfall year round. The most comfortable months in Mesa are in April, March, and November. Meanwhile, July and August are considered to be the most uncomfortable months due to the extreme high temperatures.

Things to do in Mesa

Wondering what activities there are to do here in Mesa? No problem! Whether you’re looking to explore new shopping areas, museums, or the outdoors, we’ve got you covered! Check out the top attractions below!

Mesa has a ton of delicious restaurants for you to try. We’ve discovered the top-rated restaurants in Mesa that are guaranteed to satisfy anyone’s appetite.

Craving tasty barbeque? If so, you’ll have to stop by Bobby-Q BBQ! With ribs, burgers, salads, and more, there is something tasty for everyone here! Don’t believe us? Just check out the hundreds of reviews online complimenting the food, staff,and atmosphere!

Wondering where to go for date night? Red White and Brew is the place to go! This restaurant serves some of the American favorites, including pizza, pastas, burgers, and salads with a peaceful bistro-like setting that is sure to impress.

This local restaurant serves the best Mediterranean food in the area! Located in a shopping center, Green Corner offers lunch and dinner with options of greek salad, chicken shawarma, gyros sandwich, and more! All of their customers rave about their tasty dishes and casual, convenient environment, which makes this place a must-try! 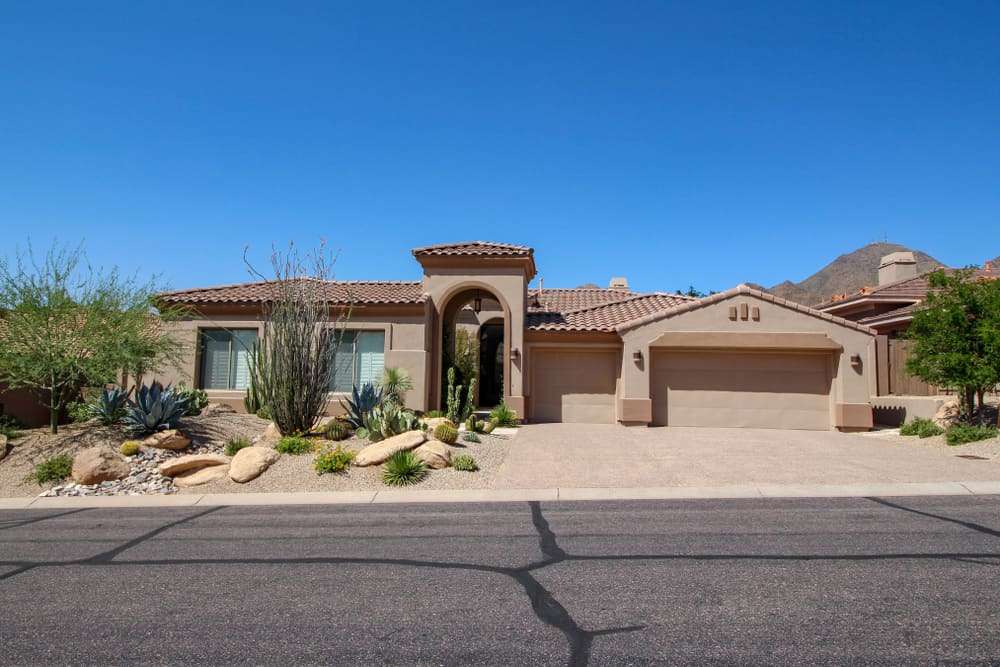 The average cost of a house in Mesa is  $335,000 or $197 per square foot, which is about a 17% increase over the past year. The housing market in Mesa is considered to be very competitive with homes getting multiple offers and being sold within 31 days. So now is a great time to buy one of the many Mesa, AZ homes for sale before prices go up again! Property taxes in Mesa range from $800-$1,499 a year depending on the house you buy.

About 62% of people own their homes in Mesa, so around 38% of the population rent. The average rent in Mesa is $1,170 a month for the average apartment size of 826 square feet. The most expensive places to rent is in the Northeast, Mesa area and the Northwest, Mesa area. The most affordable neighborhoods in Mesa are Dobson Ranch and Eastmark.

There are over 300 different schools to choose from in Mesa, which guarantees you’re bound to fall in love with one of them. The city is under four school districts: Mesa Public Schools, Gilbert Public Schools, the Higley Unified School District, and the Queen Creek Unified School District. The top-rated schools in Mesa are Franklin Elementary School, Franklin at Brimhall Elementary School, Franklin Junior High School, and Mesa Academy for Advanced Studies. There are also options of charter schools, like ASU Preparatory Polytechnic STEM Academy and Arizona Agribusiness & Equine Center that offer special programs for students who are looking to advance their education in certain areas for future careers they’re interested in.

If you’re looking for good colleges, Mesa offers two institutions to choose from in the area: Mesa Community college and Arizona State University.

There are plenty of job opportunities in Mesa thanks to the city’s increasingly prosperous economy. The median household income in Mesa is $58,247, which is a 5.88% growth from the previous year. The highest paying industries in Mesa are mining, oil and gas extraction, and utilities. The majority of jobs in Mesa are found in healthcare, retail, and food service. The city currently employs over 241,000 people with a steady 2.25% increase of jobs per year. According to Glassdoor, Arizona State University, American Express, and Intel are considered the best places to work in Mesa. If you’re interested in getting a job in Mesa, click here for current job offers on Indeed.com.

Mesa doesn’t get too crowded, so it is fairly easy to get around the city. The average commute time for Mesa residents is 23.3 minutes, which is lower than the national average. The majority of people who live in Mesa drive to get to work, but there are other options of transportation for you if you’re not interested in driving. The second most common option of getting around the city is to use public transit. The most popular public transportation is the local bus service, Valley Metro, and the metro light rail.

While there aren’t any professional sports teams located directly with Mesa, there are teams nearby in Phoenix and Tempe, including the Arizona Cardinals (NFL), Arizona Diamondbacks (MLB), and Arizona Rattlers (AFL). There are also options of sports teams you can join in Mesa. You can go on www.mesaparks.com to check out the different sports programs that are located in Mesa.

Pros and Cons of Living in Mesa

Are you ready to change your address and call Mesa your new home? If so, let our leading Mesa moving company help get you there! Call us today at 480-619-8240 for a stress-free move you’ve been craving for so long!