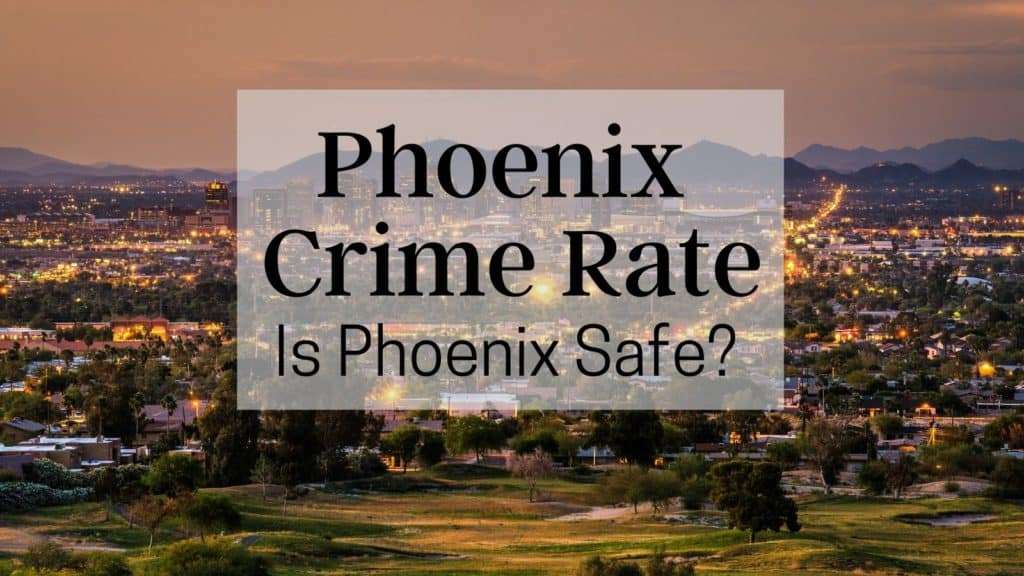 Phoenix is Arizona’s Urban Heart with 1.6 million and a metro population of 4.73 million in the Valley of the Sun. Known for its amazing climate, golf courses, and spas, Phoenix is an exciting place to live for millennials, seniors, and families. If you’re considering moving to Phoenix, you probably have an important question. Is Phoenix, Arizona a safe city? As a general rule, Phoenix is very safe for residents and tourists aside from some high-crime areas and car theft. Here’s what you should know about the Phoenix crime rate and the safest places to live in the city.

National and city crime rates are reported as the number of total, property, and violent crimes per 100,000 people. This reporting system allows you to better understand your risk of being the victim of crime in any given area.

The crime rates listed below come from the FBI Uniform Crime Statistics – 2019. Note that not all crimes are included. Drug offenses, for example, and crimes like disorderly conduct and public intoxication are not included as they don’t reflect your risk of crime.

Crime rates are always reported as a rate per 100,000 residents to make it easier to compare crime between cities. You may find it helpful to compare the Phoenix crime rate to the national average and the average in Arizona.

The national crime rate is:

Crime in Arizona is somewhat higher than the national average.

Does Phoenix have a high crime rate in comparison?

The Phoenix crime rate is:

Crime in Phoenix is significantly higher than the national average. 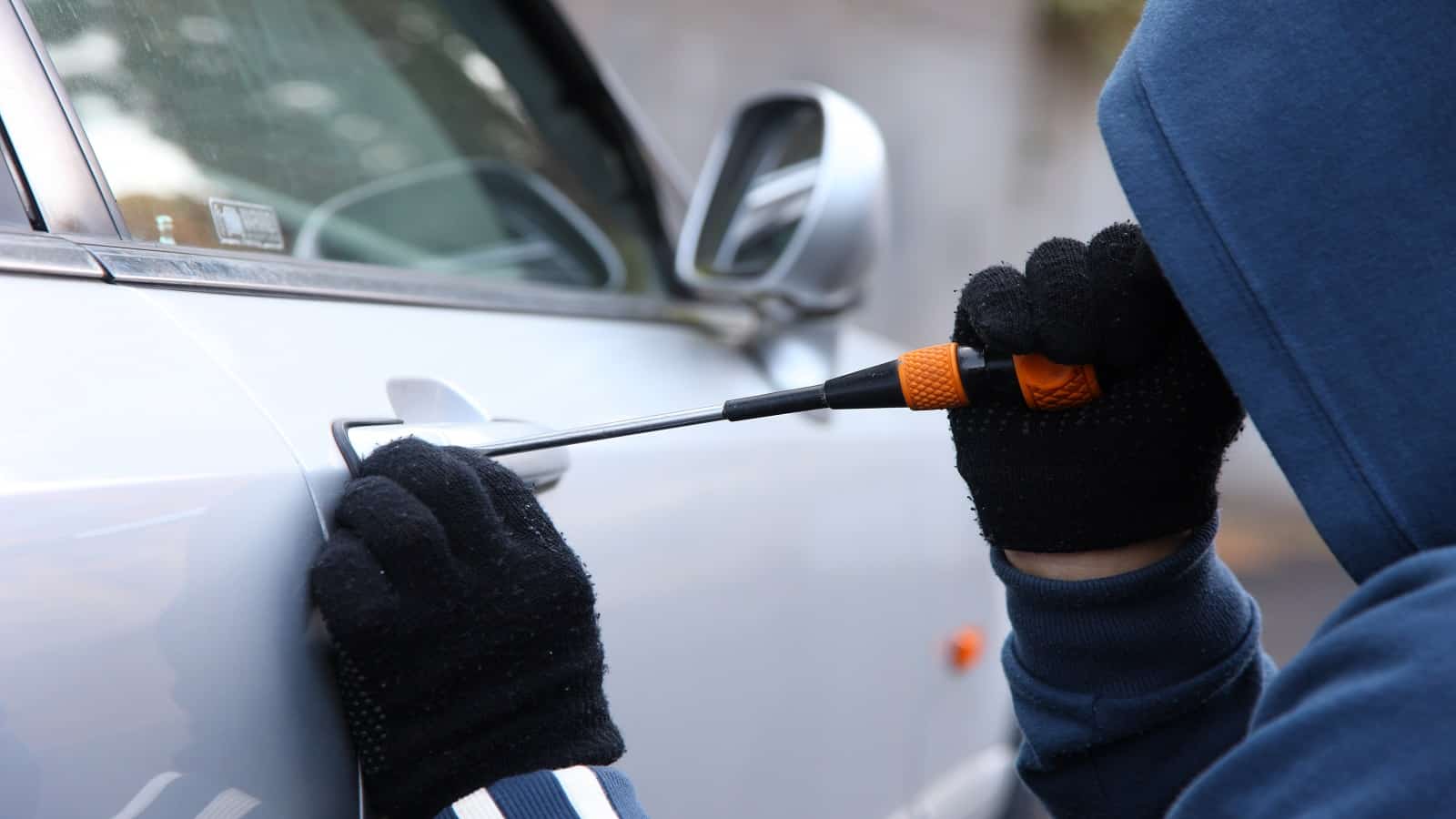 Why does Phoenix have so much crime? A big part of Phoenix crime is related to drug trafficking. Arizona, and Phoenix in particular, is a drug gateway to the United States with a large amount of drug-related crimes linked to Mexican drug cartels like the Sinaloa cartel. The National Drug Intelligence Center attributes much of the property and violent crime in Phoenix to drug-related gang activity.

Phoenix gained a negative reputation around 2009 as the Kidnapping Capital of America, although the nickname is unfair and it was largely used as a political catchphrase. There are hundreds of kidnappings in the city every year that are linked to criminal smuggling gangs and drug trafficking.

Some types of crime are more common than others in Phoenix. The city is known for its high rate of car break-ins, although auto theft has gone down in recent years.

The Phoenix violent crime rate is 733 per 100k people, also almost double the national average. You have a 1 in 137 chance of being the victim of violent crime.

However, Phoenix has a high homicide clearance rate of 72% — that’s 10% higher than the national average.

You can see the annual hotspot of “person crimes” with this Phoenix crime map for violent offenses.

A local Phoenix news station conducted an analysis of crime statistics between 2015 and 2018 and identified 5 city blocks with the most reported crimes. This investigation found all five blocks have a Walmart. Of the 5,000 reported crimes on these blocks, most offenses were theft followed by drug offenses.

National attention has already been brought to the fact that Walmart makes it a policy to call police for even the most minor theft offenses under $10 and parking lot disputes. Walmart is notorious for outsourcing security to local police departments to avoid the expense. Keep in mind these theft offenses at Walmart locations contribute to the seemingly high property crime rate in Phoenix. Many of the offenses are not targeting residents or homes.

This Phoenix crime map shows hotspots for property crimes in 2020.

A significant amount of crime in Phoenix is concentrated in just a handful of areas. You can avoid violent crime in particular by avoiding these bad areas of Phoenix. 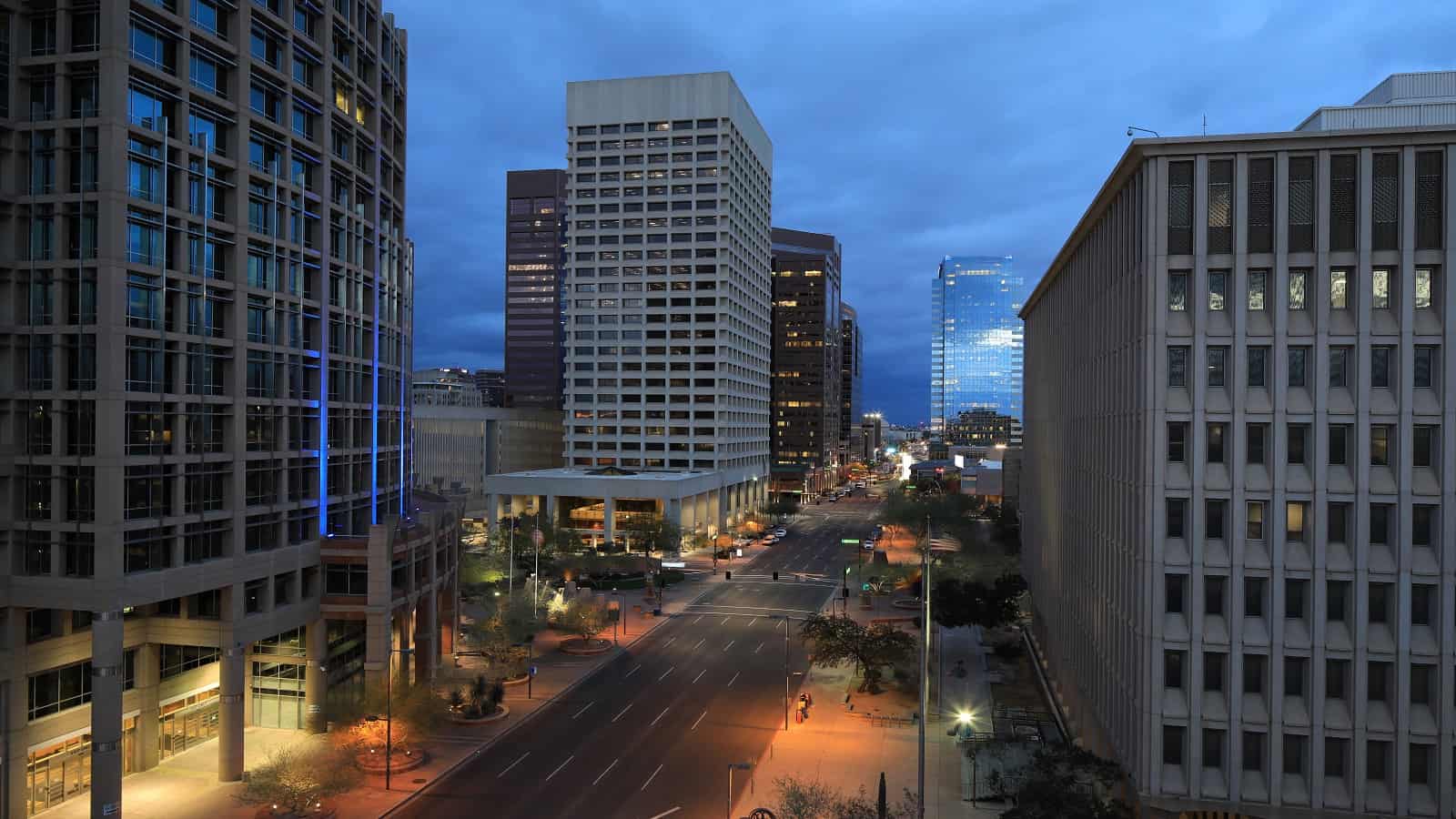 As a general rule, the Avenues northwest of downtown Phoenix have the most crime. The area around Indian School and 27th Avenue in particular is a noticeably rough area. Neighborhoods in the west and north of the city starting at McCormick Ranch are usually the safest.

The best way to assess Phoenix neighborhoods is by using this Phoenix crime rate map from CommunityCrimeMap.com created in partnership with the City of Phoenix. You can easily search crime by neighborhood.

Desert View with beautiful mountain views and a crime rate 69% below the Phoenix average. The violent crime rate here is just 124 per 100,000 people.
North Gateway with master-planned communities and a low crime rate
Ahwatukee Foothills is one of the safest places to live in Phoenix and popular with seniors and families
Deer Valley with shopping, master-planned communities, and major attractions like Six Flags Hurricane Harbor Phoenix

A post shared by City of Phoenix, AZ (@cityofphoenixaz)

You may also want to consider Phoenix suburbs if you are very concerned about crime. Phoenix does not have the highest crime rate in the Valley (Glendale and Tempe, AZ are higher), but several cities are considerably safer. For example, Buckeye, 36 miles west of Phoenix, is one of the fastest-growing cities in America and one of the safest with a violent crime rate of just 50 per 100,000 residents. Gilbert, Paradise Valley, Peoria, Surprise, Scottsdale, Apache Junction, and Chandler are also considered very safe places to live in Metro Phoenix.

Scottsdale is smaller than Phoenix, but it also has a lot to offer aside from its lower crime rate. Here’s a guide comparing Phoenix vs. Scottsdale to help you choose the best place to live.

Phoenix Safety Tips – How to Avoid Crime in Phoenix

The Phoenix Police Department (PPD) is the 5th largest police department in the United States and it has gained an unfortunate reputation for having one of America’s highest rates of police killings. Founded in 1881 when Phoenix was incorporated, the department today has six divisions:

There are eight precincts in the Phoenix Police Department with a precinct map found here. Precincts are further divided with squad and beat boundaries.

While Phoenix has a much higher crime rate than the national average, the city is generally considered safe. Most crime occurs in just a handful of neighborhoods.

What is the crime rate in Phoenix, Arizona?

What are the bad areas of Phoenix?

The areas of Phoenix with the most crime include Central City (responsible for most violent crime), Alhambra, South Mountain, North Mountain, and Encanto.

Are you considering relocating to Phoenix? Don’t be intimidated by the seemingly high crime rate in Arizona’s Urban Heart; Phoenix is generally a very safe city as long as you remain aware of your surroundings and avoid a handful of bad areas. Ahead of moving day, call the award-winning Phoenix movers at Mentors Moving & Storage for the help you need!