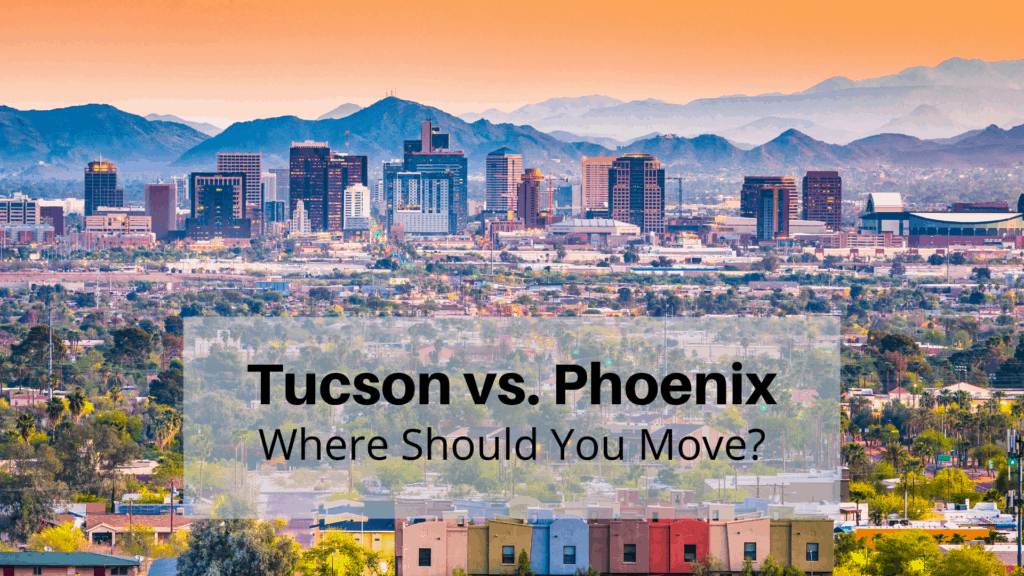 Are you planning to relocate to Arizona but you aren’t sure whether Tucson or Phoenix is the right place for you? It’s definitely a tough choice — both cities have so much to offer with warm weather year-round, great music and cultural scenes, and beautiful desert sunrises. Both regions are also growing rapidly thanks to their low cost of living.

Ready to compare Tucson vs. Phoenix to see where you should end up? Here’s everything you need to know to make an informed decision, including Tuscon versus Phoenix cost of living, population, and crime rates.

Pros & Cons of Living in Tucson vs. Phoenix

Ready to make a move to Arizona but not sure which city should be your new home? If you need a little help deciding which city is best for your lifestyle, it helps to begin with a list of Tucson vs. Phoenix pros and cons. Each city has a lot to offer, of course: Phoenix offers all of the amenities of a large city while Tucson is the more independent and artsy younger sibling. Here’s how they compare.

Tucson is typically considered a liberal city and it’s known for its laid-back and quiet lifestyle, easy-going residents, and its focus on independent restaurants over large chains. One of the benefits of living in Tucson is it retains its “university town” atmosphere with historic neighborhoods, breweries, a fun downtown environment, and a great music scene. Be sure to visit the largest tiki head at The Hut and the Sky Bar which is solar-powered during the day and transforms into an astronomy-themed bar every night with telescopes.

Plenty of Things to Do in Tucson

Don’t be fooled by its smaller size when you compare Tucson vs. Phoenix: the city is bursting at the seams with activities, events, and fun scenes to explore. Tucson’s downtown is known for its independent music scene and the city hosts many sporting events like NASCAR at the Tucson Raceway Park and the Tucson Rodeo.

Tucson Is a Great Place to Retire

Arizona is one of the most popular states for retirees and with good reasons: it boasts a low cost of living, great climate, and a great quality of life. One of the advantages of moving in Tucson? Tucson often tops lists as one of the best places to retire in the West thanks to its excellent health care system and affordability. It also features 14 active adult communities. 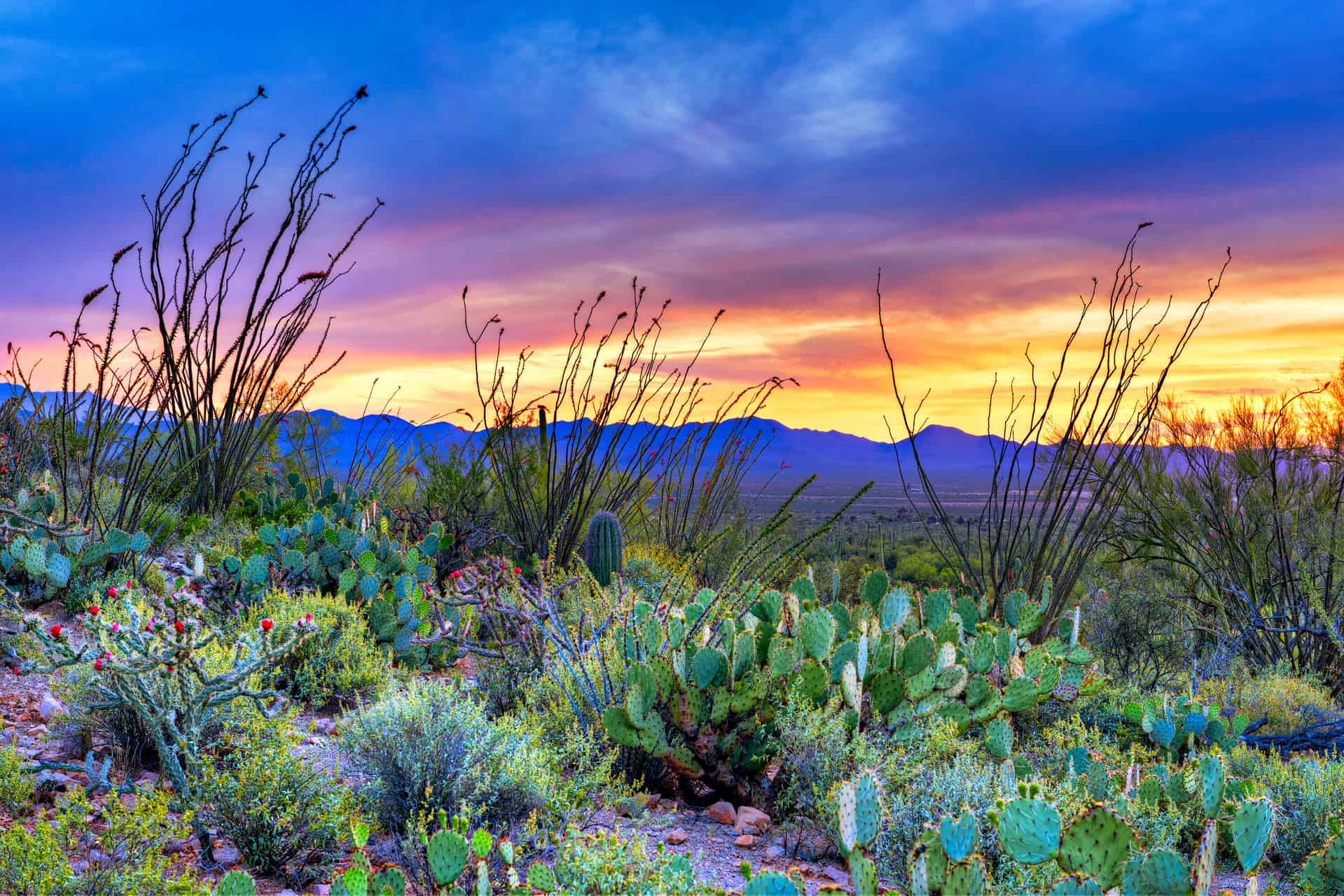 While Phoenix struggles with urban sprawl that’s somewhat offset by its great highway system, Tucson has the opposite problem: it’s smaller but you’ll be mostly stuck on surface streets to navigate the Greater Tucson area. If you live in the suburbs, be prepared for a major drawback of living in Tucson: you’ll face a longer commute to the city center on surface streets.

Tucson has just one freeway — I-10 — which runs from the southeast to northeast of the city. Most of your time will be spent driving on surface streets with a 45 MPH limit.

When you compare Tucson versus Phoenix, it can be surprising what a difference a two hours’ drive can make in terms of climate. While the weather tends to be similar, if slightly cooler, in Tucson compared to Phoenix, a downside to living in Tucson is the monsoons are more intense. From July to mid-September, monsoons pour rain in a sudden downpour that leaves streets flowing like rivers, although they don’t last long. 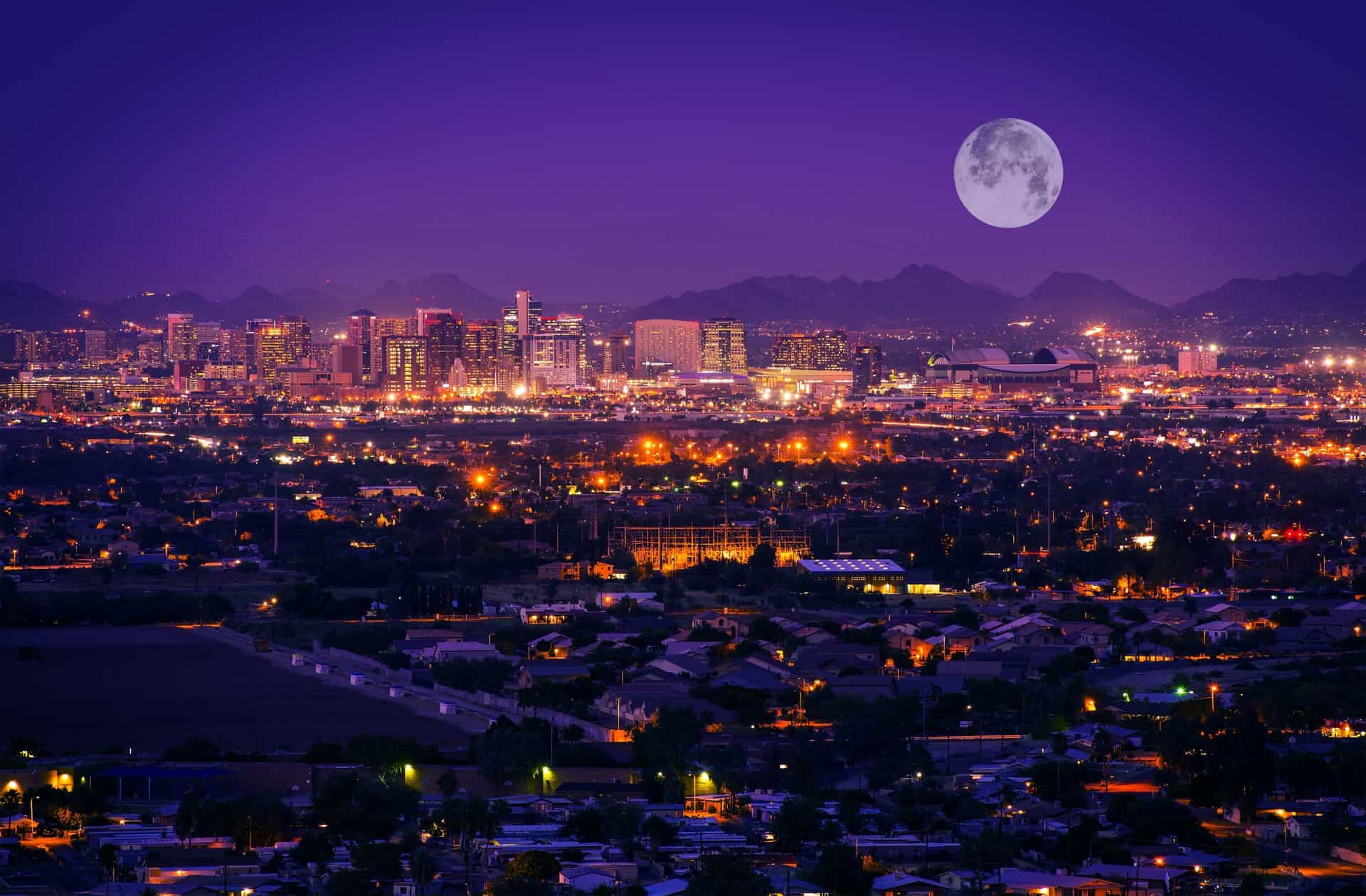 Given its size, it’s no surprise that Phoenix wins in a comparison of Tucson vs. Phoenix job opportunities. One of the advantages of living in Phoenix is it boasts an incredible job market with numerous industries that have growth of more than 100% forecast through 2026 including health care, energy, technology, transportation, hospitality, finance, real estate, and construction. In 2018, Phoenix was ranked 2nd in the country for job growth.

While Phoenix definitely defines “urban sprawl,” it’s known for its great freeways which connect it to the rest of Arizona and even Los Angeles. You won’t encounter the rush hour nightmare of other cities which will make your commute less painful — one of the biggest positives of living in Phoenix, AZ. When you compare Tucson versus Phoenix, you’ll notice Tucson’s lack of a developed freeway system.

Phoenix is a Hub for Culture and Entertainment

As the capital and largest city in Arizona, it shouldn’t surprise you that Phoenix is also the center for recreation, entertainment, and culture (a huge asset for Phoenix). Phoenix offers several sports venues, museums, and art centers. It’s home to numerous sports leagues like the Arizona Cardinals and the Phoenix Suns plus world-class museums like the Heard Museum and the Phoenix Art Museum. It’s even a paradise for foodies with diverse cuisine from around the world like the fabulous jerked beef at The Breadfruit.

While Phoenix has a great public transit system with a light rail, it definitely isn’t great for walking. If you like to get around on foot, this may be one of the big drawbacks of living in Phoenix. The city was recently named one of the worst cities in the U.S. for walkability and pedestrian-friendly urban areas.

The Phoenix Sprawl Can Be a Challenge

Urban sprawl may have its benefits, but it also means you’re more dependent on a car. Even without traffic, you can still drive for 80 miles and still be in the city. When you need to get around, that can be a big pain — especially for your commute from the suburbs of Phoenix.

The Cost of Living in Tucson vs. Phoenix

Cost of living is a big concern when deciding where to live. In general, Tucson tends to be more affordable than Phoenix. When you compare the Tucson vs. Phoenix cost of living, you’ll see you need $3,770 in Tucson for the same standard of life you get with $4,100 in Phoenix, according to Numbeo. Here’s how it breaks down:

How does the Tucson versus Phoenix cost of living compare when it comes to housing costs? The median home value in Phoenix is $231,000 while Tucson is much more affordable at just $150,000 — well below the U.S. median of $230,000.

Additional Things to Consider Between Tucson vs. Phoenix

When comparing Tucson vs. Phoenix population, it’s helpful to consider the type of city you prefer. Do you love being in the middle of the action and surrounded by exciting urban life? Phoenix is home to more than 1.6 million people while the Tucson population is much smaller at just 535,000. Phoenix also has a slightly younger population, but the two are fairly comparable in terms of diversity.

While Phoenix is a large city that’s comprised of many suburbs, each with its own characteristics, Tucson is more like a single large community.

Crime Rate in Tucson vs. Phoenix

Which city is safer, Tucson or Phoenix? Safety is likely a big concern when comparing Tucson versus Phoenix, especially if you’re moving with kids. While both cities are about equal in terms of crime rate, Phoenix typically has lower rates for total crime, theft, property crime, and violent crime.

There isn’t much difference in weather between Tucson versus Phoenix as these metropolitan areas are within 110 miles of each other, but Tucson is a bit cooler. In either city, you can enjoy Arizona’s famously hot, dry climate with temperatures that top 105° from June through August and still reach highs in the 70s the rest of the year. 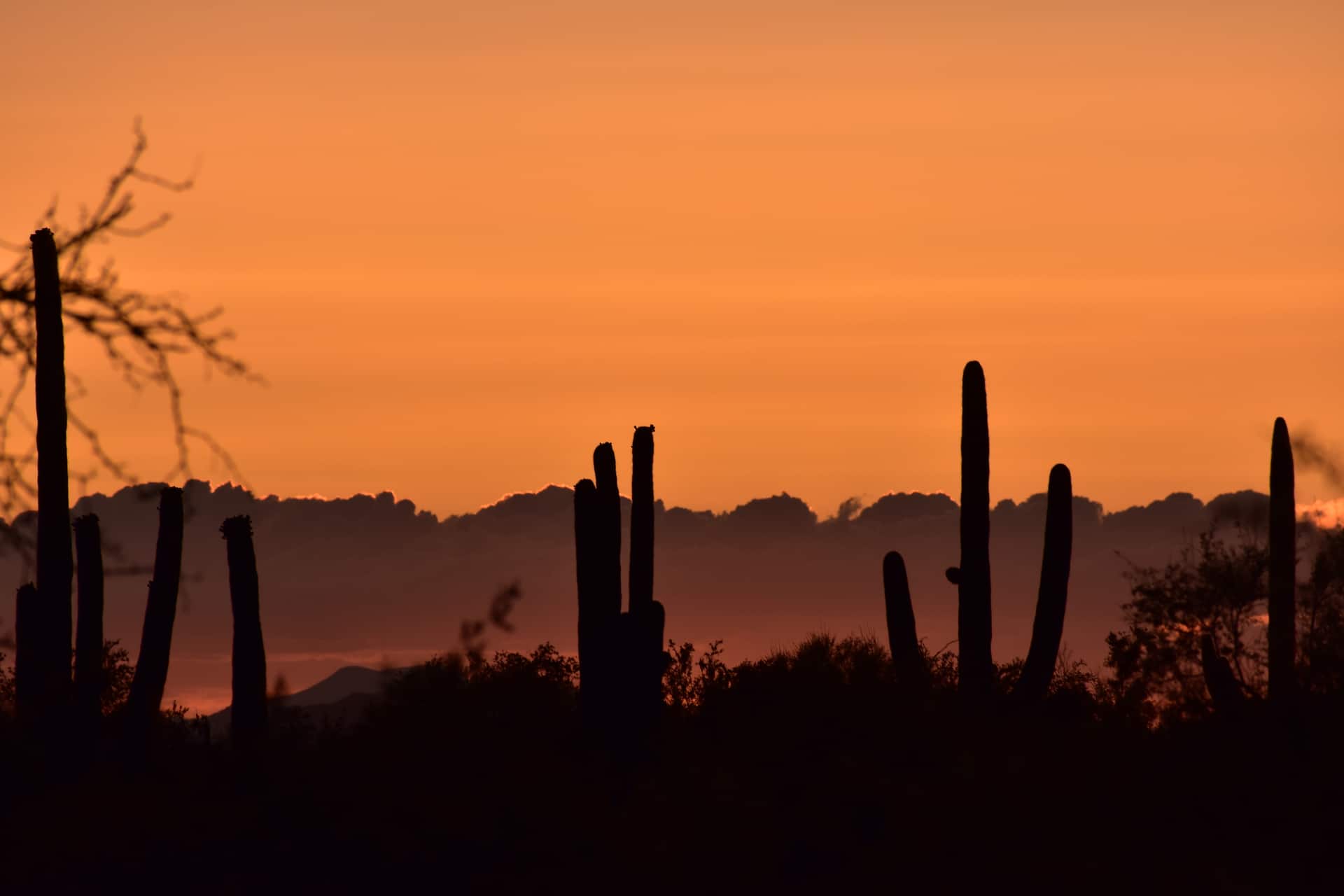 Tucson vs. Phoenix: Where Are You Moving?

As you can see, there’s a lot to love about Phoenix and Tucson. Tucson pros and cons include the laid-back, college atmosphere and lack of highways while Phoenix pros and cons include excellent job opportunities but extreme urban sprawl. Which city do you find calling to you: Tucson or Phoenix?

If you’re planning a move to Phoenix or Tucson, Arizona, the affordable movers at Mentors Moving & Storage are here to help. We take pride in delivering superior customer service and top-notch moving services to get your belongings to your new home unharmed. Call us today to request a free moving estimate!