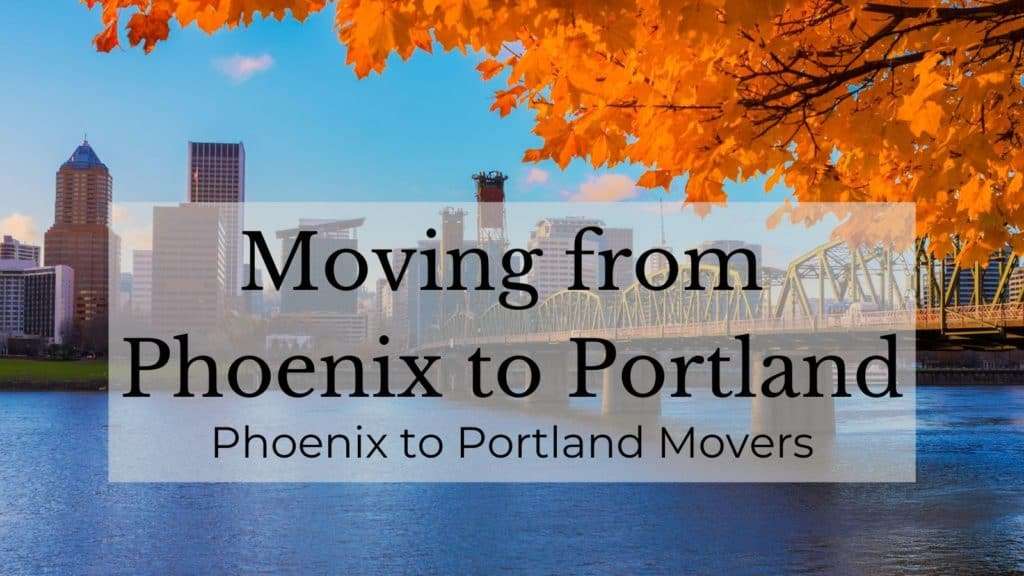 Set on moving from Phoenix to Portland, Oregon? Whether you’re moving for a job, to be closer to family, or you’re just ready to escape the heat of Phoenix, you may be feeling both overwhelmed and excited about your upcoming move. Without the right help, a long-distance relocation can be a stressful and exhausting experience. Here’s how our Phoenix to Portland moving company can help you enjoy everything you’re looking forward to in The City of Roses without a complicated moving experience.

Excited about your big move? Ahead of hiring Phoenix to Portland movers, you’re probably wondering what living in Portland, Oregon will be like. Phoenix and Portland are very different with different lifestyles and climates.

The average home price in Portland is $485,000 compared to $317,000 in Phoenix. In exchange for this higher cost of living, you’ll actually get to enjoy changing weather and green everywhere you look. Portland is one of the greenest cities in America and not just when it comes to its eco-friendly policies! With plenty of rain and a warm to cool climate, you’ll actually have a lawn after moving to Portland.

Portland is also known for its culture, music, and art. Portland boasts many classical institutions like the Portland Opera and the Oregon Ballet Theatre. It boasts one of America’s most vibrant music scenes with several independent movie theaters like the famous Hollywood Theatre. Portland is famous for street food, specialty coffee, and breweries. It’s one of the best cities in America for craft beer with many beer festivals held throughout the year.

With so many to offer, from its great climate and amazing culture, it’s easy to see why so many people turn to a Phoenix to Portland moving company to make this life-changing move! 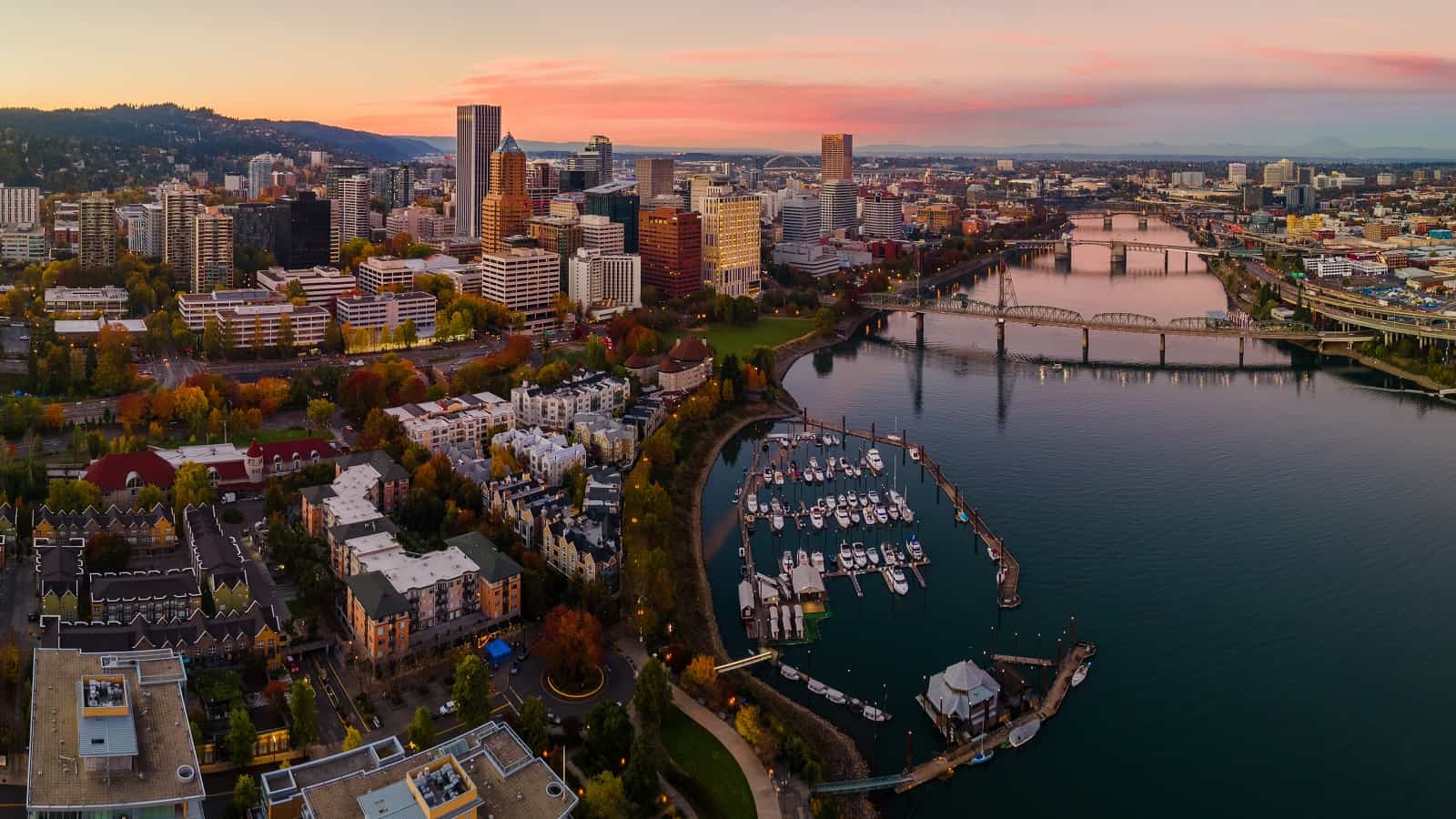 Benefits of Moving from Phoenix to Portland

What’s prompting your move to Portland? You may be looking for a fresh start in a new city, an escape from the Phoenix heat, or simply a better quality of life. There are many reasons people choose to move from Phoenix, AZ to Portland, OR:

Phoenix residents turn to a Phoenix to Portland moving company for many reasons: 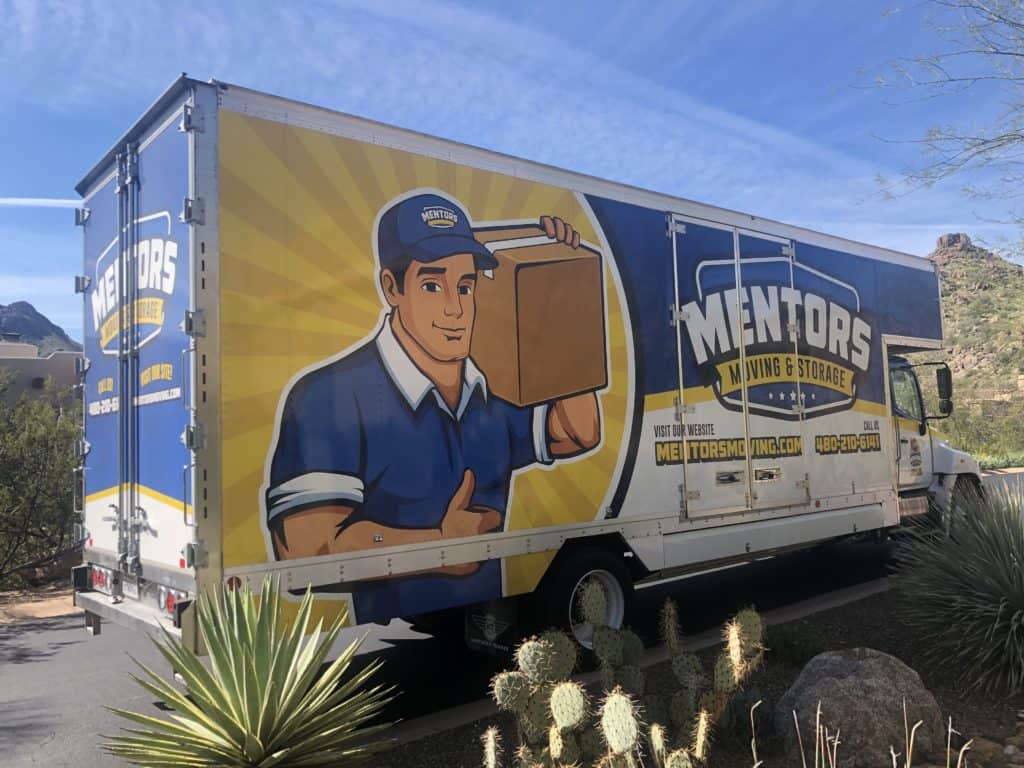 Don’t trust just any movers for your long-distance relocation. You deserve a moving company you can trust to protect your belongings and ensure they are delivered to your new home on schedule and on budget. Be wary of movers who promise too-good-to-be-true rates, have little history in the area, or are not licensed.

Always look for the following to choose a long-distance moving company you can trust for your Phoenix to Portland move:

Mentors Moving & Storage has proudly served Phoenix residents since 2006. Founded on principles of community involvement, customer care, and hard work, Mentors Moving & Storage performs more than 1,200 moves per year including long-distance Phoenix to Portland, OR moves. Our team of experienced movers complete a 160-hour training program and are thoroughly vetted for your protection. Check our 5-star reviews on Yelp and Facebook then give us a call to get started on your big move with trusted movers who will help from beginning to end.

How much does it cost to move from Phoenix to Portland with movers? Not as much as you may think with customizable moving services to fit your budget. When you request a free moving quote, it will be based on several factors like:

Contact Mentors Moving & Storage for a free Phoenix to Portland moving estimate. We’ll help you adjust the factors within your control for the help you need within your budget. We offer free in-home and virtual estimates to give you the most accurate quote possible.

After your belongings are packed, loaded, and on their way to your new home, how will you travel to Portland? The distance from Phoenix, AZ to Portland, OR is 1,277 miles with several options for making the trip.

Most people moving from Phoenix to Portland make the drive. The fastest option is to take US-93 N to US-95 N then take NV-376 N to US-50 and then I-80 W into Oregon. From there, you’ll eventually take US-20 W into Portland. This route takes you through Las Vegas. An alternate route that takes about the same amount of time instead takes you through California passing through Los Angeles, Sacramento, then Eugene, OR.

You can also take a train from Phoenix to Portland, but this option isn’t cheaper than flying and takes a long time. Amtrak is the only train connecting the cities and the schedule is limited. You’ll pay an average of $200 for coach Amtrak tickets and $600 for rooms but there isn’t a single route. Instead, you’ll have mixed service on three segments:

On the final two segments, you can upgrade to sleeper rooms with station lounge access and complimentary meals.

Ready to get settled into your new home in Portland? Mentors Moving & Storage is a leading Phoenix to Portland moving company ready to exceed your expectations. Give us a call at 480-619-8240 for a free moving quote today!