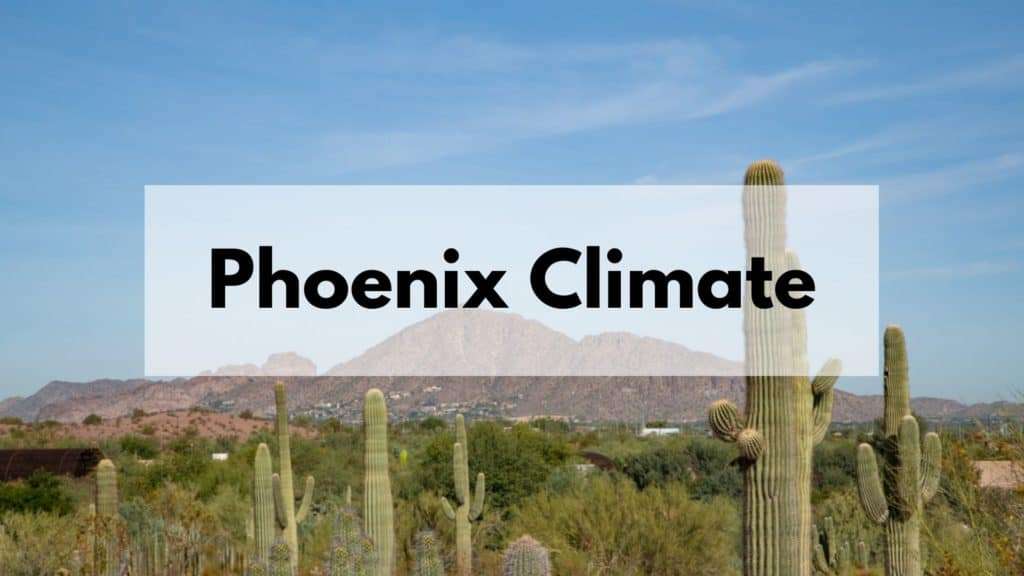 Situated in south-central Arizona, between Tucson and Flagstaff, is the state capital of Phoenix. It’s no surprise that the Phoenix metropolitan area has been dubbed the “Valley of the Sun,” since it lies within one of the sunniest regions in the world. It’s hot and dry, and Phoenix is located in the desert. With a population of almost 4.5 million residents, Phoenix is the 5th most populous city in the US, and the sunshine and dry climate are two of its draws. You can expect very hot summers and mild weather the rest of the year.

People tend to think weather and climate are synonymous. Though they’re related, weather and climate are actually very different. Weather refers to day to day conditions, whereas climate is the overall/average weather of an area over longer periods of time. Phoenix’s climate is defined as a hot desert climate, meaning it has a very hot, long summer season and brief, mild winters.

Though everyone thinks of Phoenix having summer year round, that’s not entirely correct. Sure, you may not see snow and leaves fall like you do with other areas, but Phoenix still has four seasons that you’ll find varying weather conditions in.

Don’t expect any white winters living in Phoenix! Winter starts in December in Phoenix, when temperatures range from daytime highs of 66°F and drop to around 45°F at night. Temperatures creep up slightly in January and February, but average highs top out at 71°F. You’ll be warm, but not hot throughout the days in winter.

Spring is beautiful in Phoenix. Spring begins in March, an exceptionally pleasant month. Temperatures rise to an average high of 77°F and the area receives more sunshine. The wind can begin to pick up in the spring, though wildfires aren’t much of a threat until later in the year. By May, temperatures average in the mid-90s, so don’t forget your sunscreen! 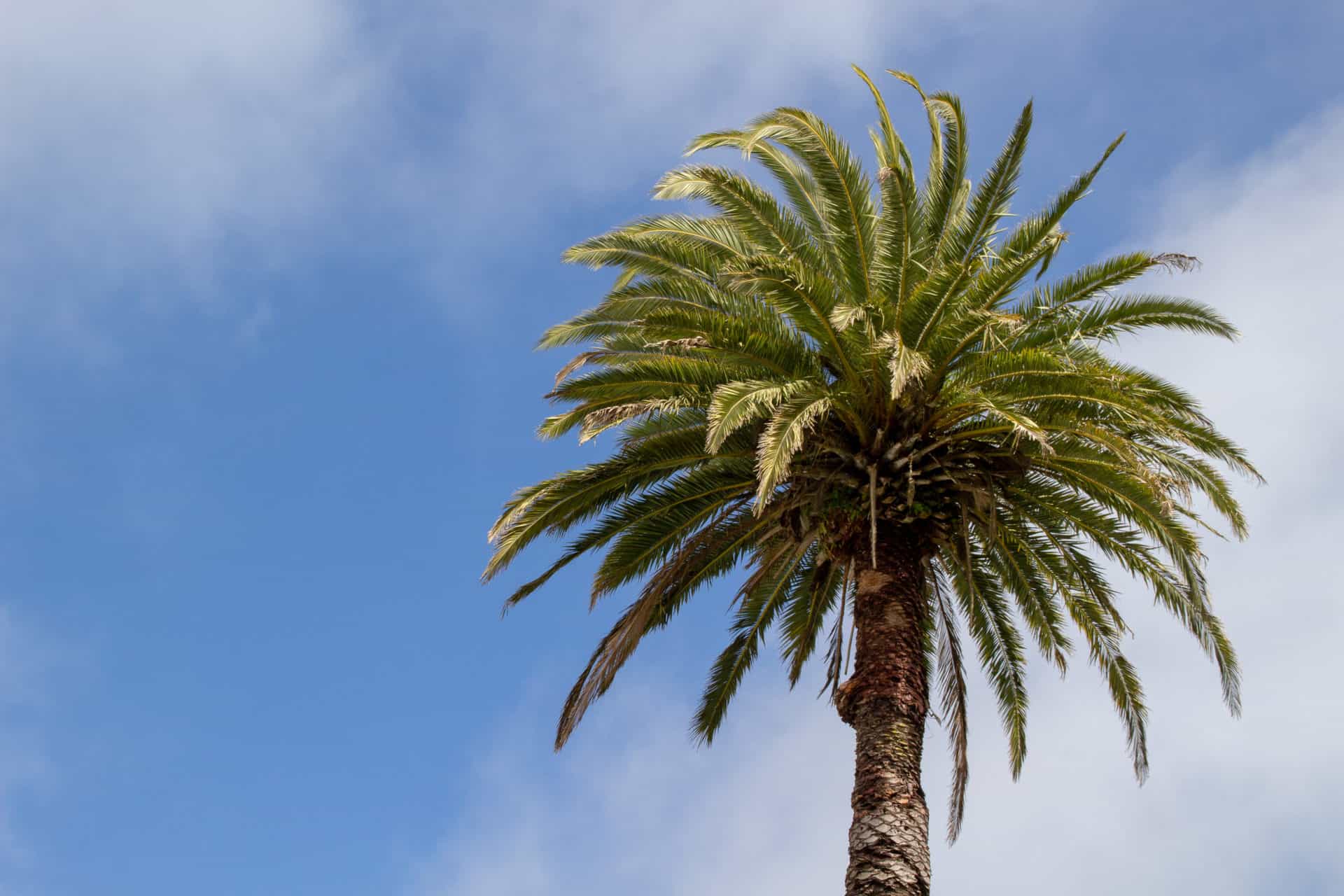 Summers in Phoenix can be unbearably hot and humid. Temperatures average over 100°F in June, July, and August, which can be dangerous. There are occasional thunderstorms that break the heat a bit from time to time. June 15 marks the start of monsoon season, during which dust storms and flash floods are a risk. It’s important to stay hydrated, and try to stay in air-conditioned environments whenever possible. Wear lightweight clothing, lather up the sunscreen, and protect yourself with a hat and/or umbrella too! Most people plan to stay indoors during these hot summer months.

September starts out with triple-digit average highs, but October and November bring some relief from the heat in Phoenix. Monsoon season ends on September 30, and humidity drops considerably as well. Another perk, especially for parents, is that Phoenix does not observe Daylight Savings Time, so you won’t have to deal with time changes or dramatic drops in daylight.

Wondering what the temperatures in Phoenix will be monthly? The Phoenix weather year round can change a lot between each month!

January is considered a very pleasant month in Phoenix. Average temperatures cool down significantly, falling between a 67°F high and 46°F low. That’s chilly but pleasant with about 9 hours of sunshine.

Weather gets a little warmer in February, with average highs of 71°F and average lows of 49°F. You can expect one or two rainy days.

Temperatures are very pleasant in March, with an average high of 77°F and evening low of a cool 53°F. It’s a great month for outdoor activities!

Things start to heat up in April, when temperatures climb to an 85°F high. Nights are still pleasantly cool, averaging 60°F. It’s a great time to hit the pool in Phoenix!

Temperatures jump to a daily average of 95°F in May, and residents enjoy about 13 hours of sunshine each day. Nights cool down to a very enjoyable 69°F.

In June, the sun beats down on Phoenix for an average of 14 hours a day. Temperatures begin to reach more dangerous highs of 104°F. Nights are warm too, with temperatures only dropping to 78°F. June is Phoenix’s driest month, so wildfires are a risk. June 15 is the official start of the monsoon season in the area.

Phoenix temperatures can reach dangerous highs in July, topping out at an average of 106°F. Nights stay warm too, only dropping to 83°F. Even though the city averages 12 hours of sunshine a day, July is when Phoenix receives the most rainfall.

August doesn’t bring much relief from the heat. Highs reach 104°F on average, and stay around 83°F at night. Humidity is at its highest in August as well.

September in Phoenix is still hot, with average daily highs of 100°F, and lows of 77°F. Humidity drops considerably in September, and the monsoon season officially ends September 30th.

Phoenix residents get a slight break in October. Average daily highs are 89°F, and nights cool off to around 65°F. Phoenix receives about 10 hours of sun in October. 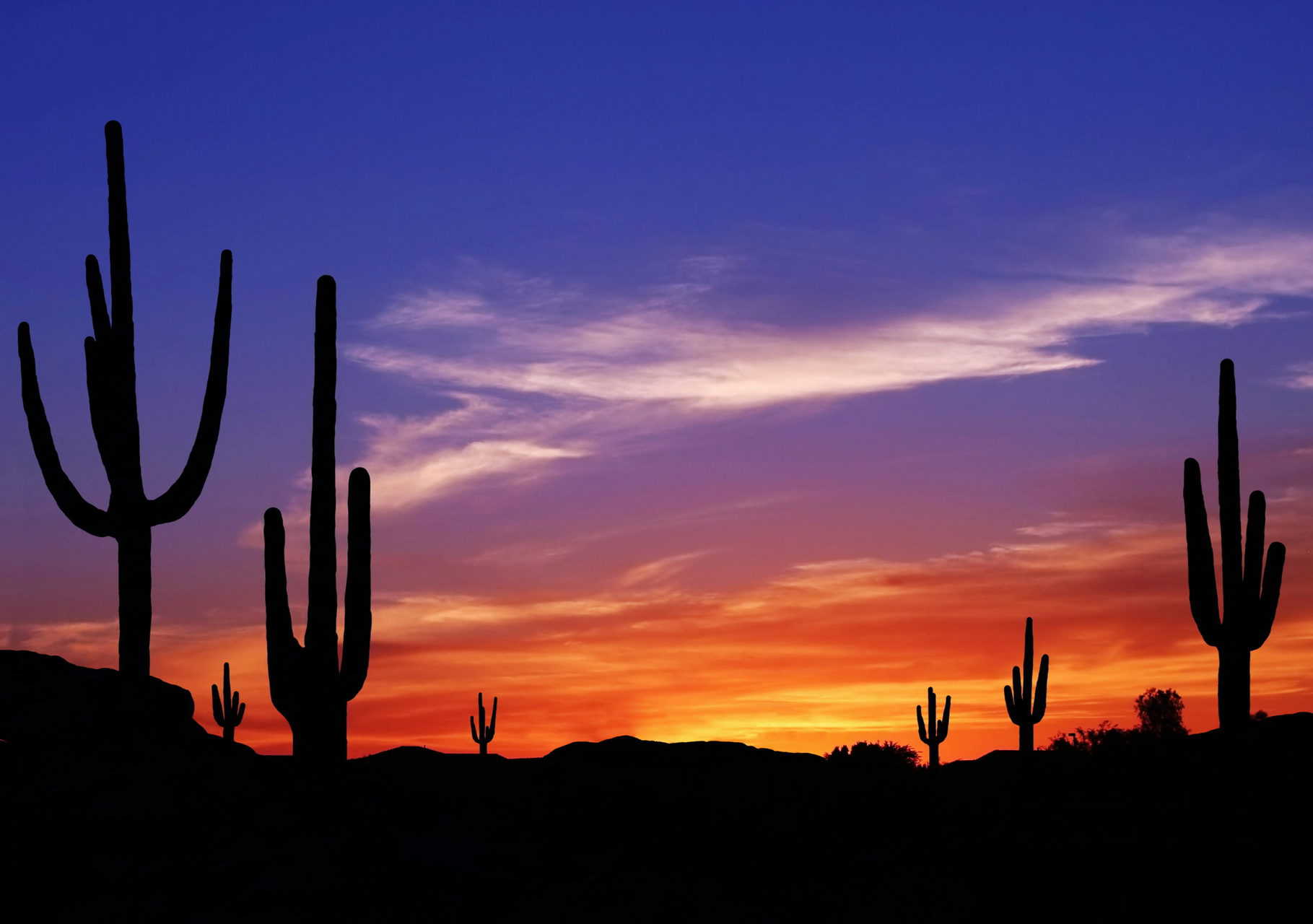 Temperatures cool down considerably in November, ranging from an average low of 53°F and average daily high of 76°F. There is barely any humidity to speak of, so November is exceptionally pleasant in Phoenix. Now is the best time to see Las Noches De Las Luminarias, a famous event in Phoenix during the winter.

Phoenix’s coldest month is December, when lows reach 45°F and highs of only 66°F. The sun only shines for about 8 hours a day during this time, which is a contributing factor to the cooler temperatures.

If you’re relocating to Phoenix, it’s important to be aware of some of the hazards associated with its climate. The effects of Phoenix’s extreme heat is at the top of the list. Heat-related deaths, especially during heat waves, have been reported. There are also risks of sunburn and heat-related skin conditions. Be sure to stay hydrated and protect your skin with sunscreen.

Monsoon season in Phoenix is from June 15 through September 30. Due to the unpredictable winds, Phoenix is susceptible to flash floods and dust storms. The dust storms can be so intense that they can change the path of a moving car. If you find yourself stuck in a dust storm, park your car until it passes.

There is also a risk of wildfire outbreaks in Phoenix, especially in the spring and summer after winters with more precipitation than usual. Combined with the strong winds the area receives, these fires can be difficult to control.

If you’re planning a visit to Phoenix the best time to go is during the months of November and April. The area experiences average lows between 39.2°F and 51.8°F, and average highs from 66.2°F and 84.2°F. During these months, the risk of hazardous weather drops significantly, and outdoor recreation is optimal.

If you’re looking for warm (or hot) weather and sunshine all year long, Phoenix is a great option! Is a move to Phoenix in your future? Our dedicated, highly trained Phoenix professional movers to help get you packed, loaded, and relocated to your new home! Call us today for your free quote!