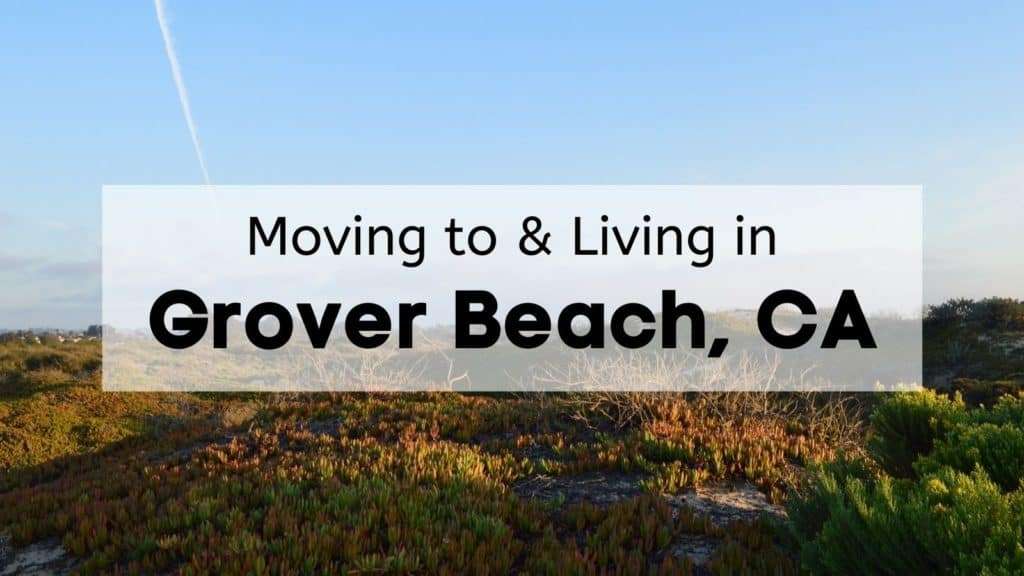 In San Luis Obispo County, located just south of San Luis Obispo, and a part of the Arroyo Grande city area, Grover Beach is a middle class city which is known by its motto as “A great place to spread your wings”. Grover Beach, like many Californian cities, is very young, with the area only being founded as a town in 1887. However, the region had been inhabited by colonists since the initial colonization of San Luis Obispo County, which Grover Beach is still a part of to this day. The 1950s brought about the “upgrade” of Grover Beach into a city, although at this point the city was called the “city of Grover City”, which some found redundant, so in the 90s residents changed it to Grover Beach. Grover Beach is a city typical of the vast tracts of land between California’s major urban centers, somewhat sparsely populated but unique culture-wise and having a significantly lightened cost of living.

Grover Beach has a population of 13,535 distributed over 2.3 miles at a population density of about 5,800 people per square mile. The median age here is 37.2, which is somewhat higher than the California average of 36.5. The median household income in Grover Beach is $64,217, which is around 20% less than the average household income for the state of California, being $75,235.

Thinking about moving to this community, but wondering if Grover Beach is a safe place to live? With a solid A rating on Areavibes, wonder no more! Grover Beach is a very safe community. The total crime rate here is 25% below the US national average, with violent crime being 75% lower, while property crime is 17% lower.

Generally speaking, California is a state with a high cost of living across the board, even with more affordable areas like this community, with the cost of living here being 40% higher than most places in the United States, according to Numbeo. Homes in Grover Beach will cost you around $493,700, which is actually somewhat less than the average California home price of $505,000. If you choose to move to Grover Beach, you’ll find that you’ll be paying more for things like groceries, utilities, and transportation, as is simply a consequence of living in California. Rentals for the San Luis Obispo area are also quite expensive, with the average for all units being $2,111.

Grover Beach does not buck the California tradition of being quite pricey, but the unique and safe community here is more than worth any price!

Grover Beach, at only two square miles, is so small it may as well be considered a neighborhood of Arroyo Grande. However, don’t think that means the whole city is the same! There’s still plenty to know about the different areas of Grover Beach. Check out some of your neighborhood options below:

There are two distinct sections of Grover Beach, encompassing the western and eastern halves of the city. Grover Beach’s western half is naturally the more expensive of the two, being that it’s right on the beach. Meanwhile, the eastern half is less costly, and is also essentially a part of Arroyo Grande proper.

If you want to make yourself a part of any of these communities, you should check out the latest listings for homes for sale in Grover Beach, CA.

Explore the city more with this map of Grover Beach.

Grover Beach’s climate is its best asset! Typical of the mediterranean climate most of California is in, you can expect lots of sun and little rain, perfect for year-round beach visits! You can expect lows of 43 degrees Fahrenheit during the winter months, and highs of 73 degrees Fahrenheit during the summer months. Grover Beach experiences less than the average amount of rainfall when compared with the rest of the United States, with 19 inches per year as compared to 38 inches. Meanwhile, Grover Beach experiences essentially no snow, outside of freak weather incidents. The best times to visit Grover Beach, in terms of comfort rating, are June and July.

Things to Do in Grover Beach, CA

Grover Beach is a beach paradise, but has plenty to do besides surf and swim! Whether it’s shopping or fun attractions for the whole family, Grover Beach has got you covered! Check out shopping centers nearby like the Grover City Plaza shopping center for all your shopping needs! You should also check out some of the best things to do in Grover Beach, CA below:

Right off the highway in Grover Beach, this stunning set of dunes on the beach provide a wonderful area for tearing up the dirt with ATVs or dirt bikes, which many locals do! It’s also a wonderful area to take a stroll through, owing to excellent views of the ocean.

The beach isn’t the only outdoor activity in Grover Beach, despite the name! The city also has a robust system of parks, like Ramona Gardens, perfect for all sorts of activities that might not be suited to the sand.

The city has additional things to do and events within the City of Grover Parks & Recreation Department.

Alongside its host of things to do, Grover Beach is also home to plenty of great eats! Check out some below:

Priding themselves on ethically sourced meals, the Spoon Trade is a hip and trendy eatery you’d expect out of this community, and is a hit with Grover Beach locals. The wide variety of excellent wines and craft beers make this restaurant popular at all hours!

Serving the typical (but good!) fare of most American eateries, this popular Grover Street eatery serves breakfast, burgers, sandwiches, and more! Whether it’s breakfast, lunch, or dinner, Grover Station Grill is sure to be a hit!

Grover Beach is served primarily by the Lucia Mar Unified School District, which has 24% of its schools rated “Above Average”, according to Greatschools. You’ll be able to find plenty of excellent schools in this area! Some highlights in terms of local schools include the Grover Beach Elementary School, Dandy Lion Montessori School, and Grover Heights Elementary School. Rest assured, your child will be in good hands during your stay in Grover Beach! In addition the Grover Beach library offers free resources to students of all ages.

Those planning on making a living in Grover Beach should know that wages and cost of living have both been fairly static, according to Payscale. The most popular positions of employment are Dental Assistant, Cashier, and Case Manager. There is no data on Grover Beach, but the largest employers in her sister city of Arroyo Grande are Dignity Health, Smart and Final, Inc., and VCA Animal Hospital. The average salary for a worker in Grover Beach is $60k a year, while the average hourly wage is $17.10.

Grover Beach isn’t just beach bum central, but a place to earn lots of money as well! Check out the latest listings for jobs in Grover Beach, CA here.

Ready to take that last step and start your journey to making Grover Beach your new home? Give Mentor’s Moving a call! Our crew of highly-trained professional Grover Beach movers will ensure your move is a stress-free process at affordable rates! Call now or fill out our online form for a free quote!