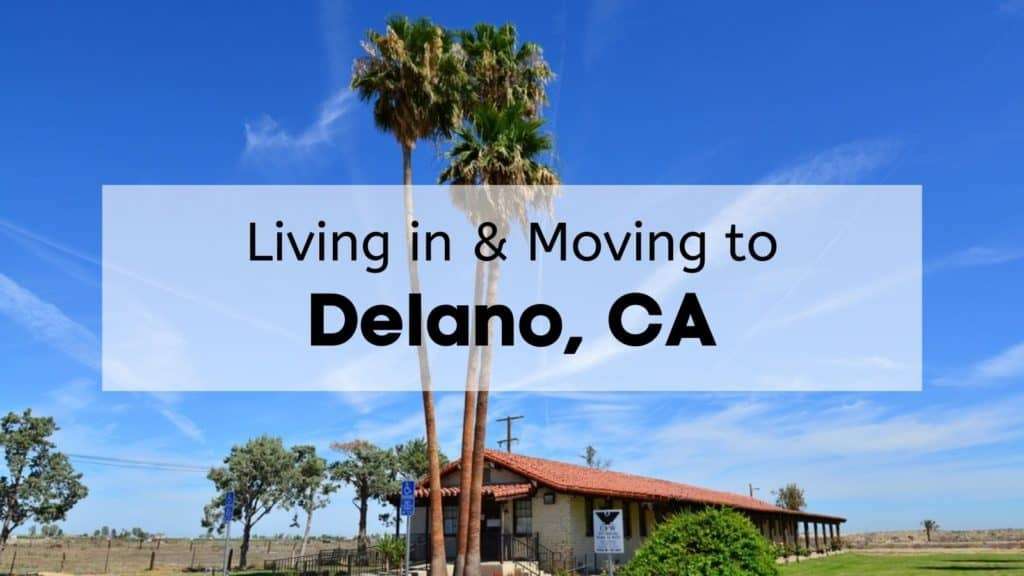 Is Delano CA a Good Place to Live? [2022] | ULTIMATE Moving to Delano Tips

About 30 miles north of Bakersfield is the city of Delano – the second-largest city in Kern County. Delano was founded in 1869 as a railroad town. The name was given by the Southern Pacific Railroad after Columbus Delano, who was the Secretary of the Interior for the United States at the time. Delano was a big epicenter for farm worker organization efforts and Chicano movement politics in the 1950s. This part of Delano’s history has influenced the city’s economy since agriculture is still Delano’s biggest industry. Today, Delano is known for being the center of growing table grapes. There are many rural and suburban areas in Delanos, so the city offers its residents a slower pace of life. Notable people from Delano include activist Cesar Chavez and Olympic runner Leamon King.

With a steady population growth of 0.328%, Delano’s population is 52,886. Delano’s population is 56.8% male and 43.2% female. Delano has a fairly diverse atmosphere, bringing many talents to the area. The racial demographics in Delano is 65.4% Hispanic, 12.1% Asian, 5.3% White, 3.75% African American, and 10.4% Mixed or other races. The median age in Delano is 30.4 and there are several families residing in the area. 47% of people are married and the remaining are single, widowed, or divorced. Whether you’re raising kids or not, you can be rest assured Delano is a relatively safe place to live thanks to their crime rates being 10% lower than the California average. The Delano Police Department has 51 officers dedicating their time to make sure you and your loved ones are kept safe.

The median price of a home in Delano is $283,000 or $170 per square foot. Real estate in Delano is growing by 6.28% each year, so the housing market is seen to be somewhat competitive with homes being sold within 16 days it’s listed on the market. Luckily, most homes in Delano are still being sold for about 1% below the original asking price, so now is the perfect time to buy one of the many beautiful homes for sale in Delano, CA before prices rise!

The homeownership rate in Delano is 58.2%, so there are still plenty of people looking to rent. If you’re interested in renting, you can expect to pay around $1,001 a month for a 950 square foot apartment in Delano. The rent trends in Delano are expected to rise 3% within the next year.

There are 17 neighborhoods in Delano, so you’re bound to find one that will fit all your needs. The most popular neighborhoods in Delano are Albany Park, Bel-Aire, and Fremont. Albany park is located near a top-rated elementary school, making it perfect for families. Bel-Aire is woven between many grocery stores and shops, which is nice for young adults. Fremont is a bigger neighborhood with several families living there. Many of the schools are nearby Fremont, making it an easy drive for parents to drop off their kids. Delano also has some convenient shopping including Delano Marketplace and Delano Village Shopping Center.

Residents of Delano enjoy some of the best weather in the nation!  Luckily, Delano’s Mediterranean climate allows for comfortable and pleasant weather year round. The summers in Delano are clear and hot with highs of 99°F and lows of 67°F. Meanwhile, Delano’s winters are cool and cloudy with an average high temperature of 60°F and low temperature of 40°F.  Delano is fairly arid with the city getting an average of 8 inches of rainfall a year – 30 inches less than the national average! Delano’s residents love to take advantage of the numerous sunny days throughout the year to spend time outdoors doing the things they love most!

Things to Do in Delano

Wondering what there is to do in Delano, CA? Check out the top-rated activities in Delano down below:

If you’re looking for an adult night out, the Aviator Casino is the place to go! With a variety of card games, frequent tournaments, and an American grill to eat at, there is plenty to do here to have a fun night out in the town!

Heading outdoors? Lake Woollomes is a great place to spend a Saturday afternoon with the family. With picnic tables to set up camp, you can spend the entire day fishing, swimming, and boating with the people you love most!

Additional Things to do in and around Delano

Delano has built 11 parks for all their residents to enjoy. Check out the Delano parks on the Delano California Parks site.

Delano’s restaurants are truly a treat! Check out the most popular restaurants in Delano below:

If you’re looking for delicious Mexican food in a relaxed setting, then Jenny’s Cafe is a must go! Jenny’s menu offers a variety of different dishes that are all made from scratch. This is a perfect date night in downtown Delano!

Do yourself a favor and visit this lovely restaurant in the Delano area. The service is incomparable with friendly staff that are prompt with taking and delivering your order. Not to mention the food is mouthwatering with options of orange chicken, honey walnut shrimp, wonton soup, pot stickers, and more!

Explore the ins and out of the city by checking out this map of Delano, CA.

The median household income in Delano is $43,641, which is a 5.04% growth from last year! The largest employment industries in Delano are retail, educational services, agriculture, and fishing. The highest paying jobs in Delano are in public administration, information, and construction. Fortunately, the poverty rate in Delano has dropped by 7.72% in the past year.

If you’re considering relocating to Delano, you can expect a fairly quick commute.The average Delano commuter spends 17.5 minutes to get to work, which is significantly lower than the national average of 25.5 minutes. Some people have to travel a little further to bigger cities for other job opportunities. If you’re planning to commute to Bakersfield for your job, you can click here for directions from Delano, CA to Bakersfield, CA, which is 32 minutes away.

Many of Delano’s residents are thrilled to learn about the access students have to great schools in the area. The highest rated schools in Delano are Robert F. Kennedy High, Delano High, Morningside, and Columbine Elementary. All of these schools are popular for their diverse environment and advanced student progress. There are also good options of private schools in Delano, including Sequoia Christian Academy, International Vlg Center Head Start, and Princeton Pre-School. Not only does Delano have an excellent school district, there are also plenty of outside educational resources, including the Delano Branch Library, where students love to visit to supplement their learning.

Are you planning your relocation to Delano? Our experienced Delano moving company wants to help make sure you get all settled in without any unexpected mishaps! Contact Mentors Moving today at 661-325-6683 to book with us!