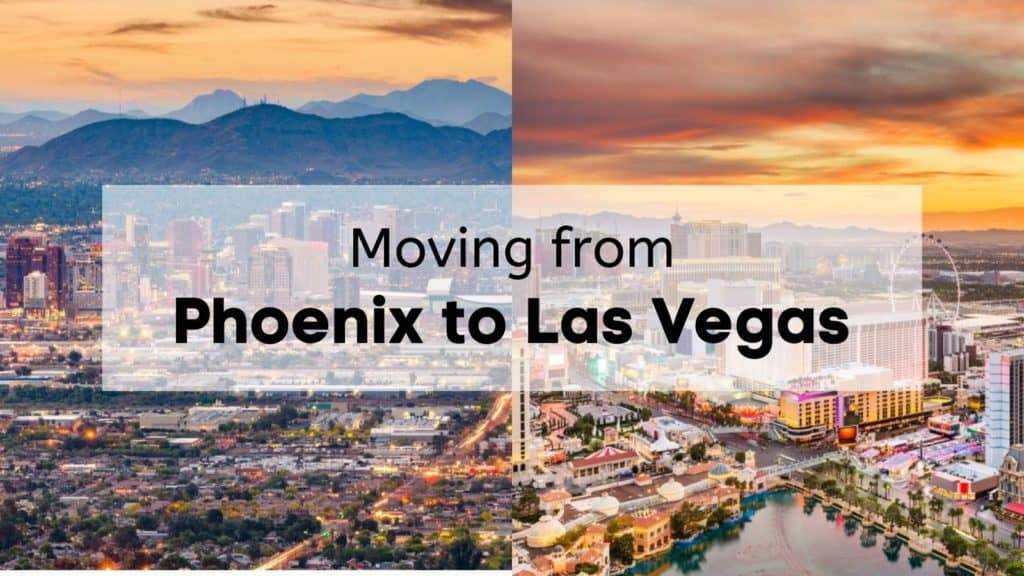 When the majority of people decide to relocate over a long distance, it is typically to start a new job, for personal family reasons, to get a change of climate, or to start fresh in a new place. A relocation from Phoenix to Las Vegas has plenty of benefits that make it a popular transition.

Even though long-distance moves can feel stressful and exhausting, there are plenty of advantages to enjoy as well. Our experienced Phoenix to Las Vegas movers have completed lots of transitions over great distances and know the strong emotions that occur during these big changes.

The city of Las Vegas is located in the southeastern portion of Nevada about 38 miles from the Arizona border. It is bordered by Boulder City, Henderson, Paradise, Spring Valley, Summerlin South, Sunrise Manor, and Winchester.

Las Vegas is known for its huge casino scene as well as its many popular shows that run all year long. 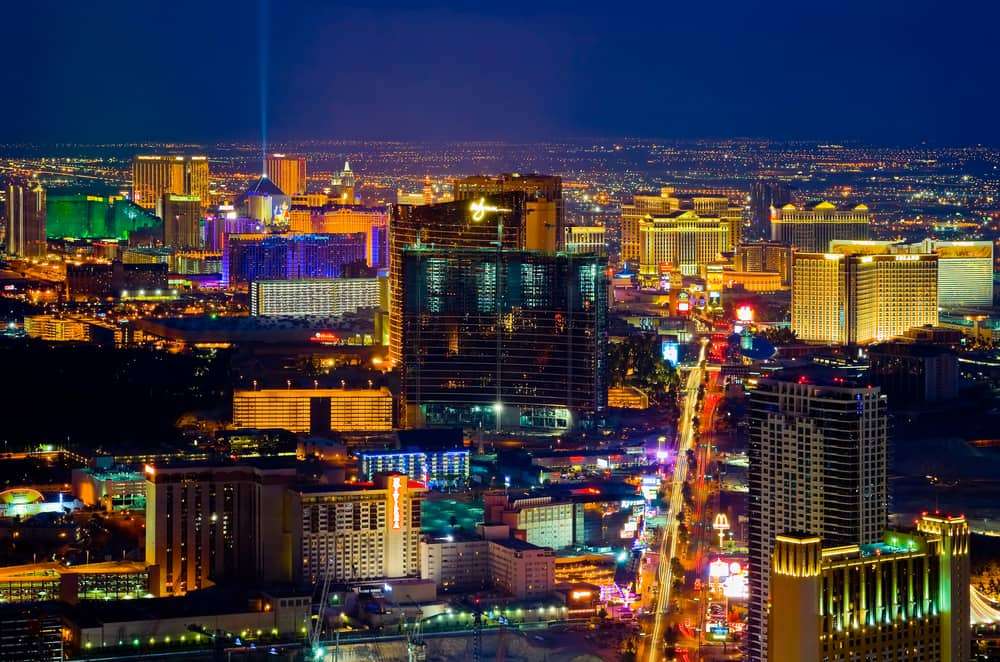 The population in Las Vegas is 651,297 residents with a median age of 37 years old. Local Las Vegas demographics are made up of about 41% Caucasian, 36% Hispanic or Latino, 12% Black or African American, and 7% Asian. The median household income is $58,713 per year.

If you’re wondering why people move to Las Vegas, some of the biggest factors include that the area has no state income tax, no capital gains tax, and low property tax rates.

The main reasons people relocate from Phoenix to Las Vegas include the fun entertainment culture, similar weather, and lots of unique job opportunities.

Benefits of Moving from Phoenix to Las Vegas

Many people relocating between these two areas often find themselves comparing Phoenix vs Las Vegas. If you’re planning to transition from Phoenix to Vegas, you’ll want to know what to expect from your new city.

While there are countless things to do in Las Vegas, a few popular attractions tend to stand out among the crowd. Most of the top-rated activities are located along The Strip, where you’ll find major destinations and casinos like the Bellagio, MGM Grand, and Luxor. Other fun places to visit include Fremont Street and the Red Rock Canyon National Conservation Area. 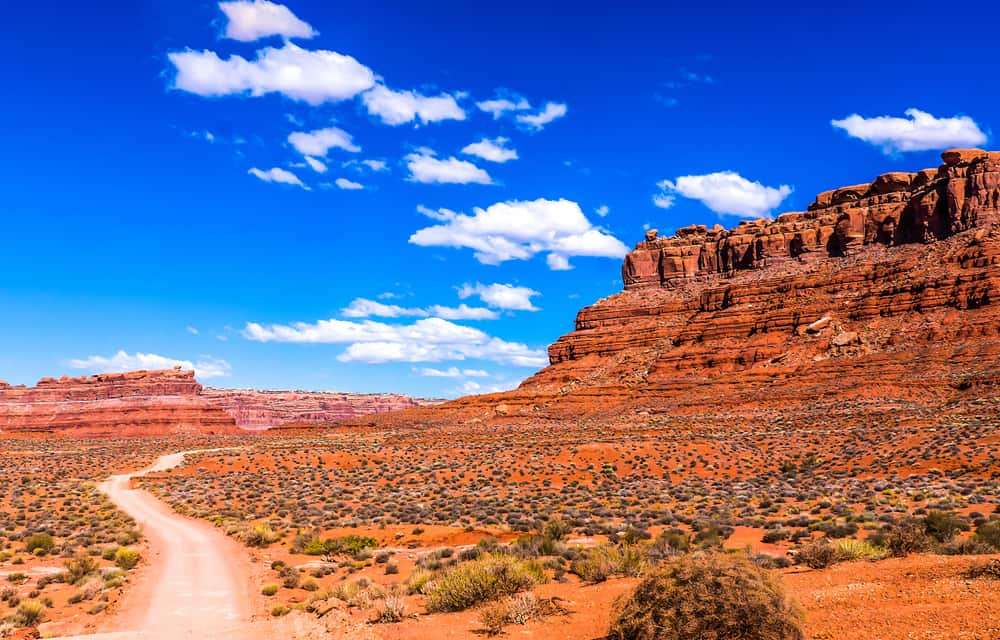 The cost of living in Las Vegas vs Phoenix is only about 2% higher with most expenses being slightly more expensive in Vegas. Everything from housing and groceries to healthcare and utilities will be a bit more costly.

You’ll find plenty of safe neighborhoods in Las Vegas with nice communities around town like:

The local Las Vegas weather and climate are very similar to that of the Phoenix valley with hot, dry summers and mild, cold winters. Average temperatures vary between the mid-60s and low 100s during summer, followed by winters with lows in the upper 20s and highs in the upper 50s. The area only gets about 4 inches of rain per year.

People relocating to this fun city will have a few Las Vegas sports teams to root for. The Raiders NFL football team recently relocated from Oakland to Las Vegas, where they play at the new Allegiant Stadium. The area is also home to the Vegas Golden Knights NHL hockey team and the Las Vegas Aces WNBA basketball team.

When you depend on trusted Phoenix to Las Vegas movers, you can experience a stress-free transition. As they provide you with helpful solutions like packing services and supplying the moving materials, you won’t have to worry about doing anything on your own. This means you can save time and energy so you can focus on other tasks that need to be done. 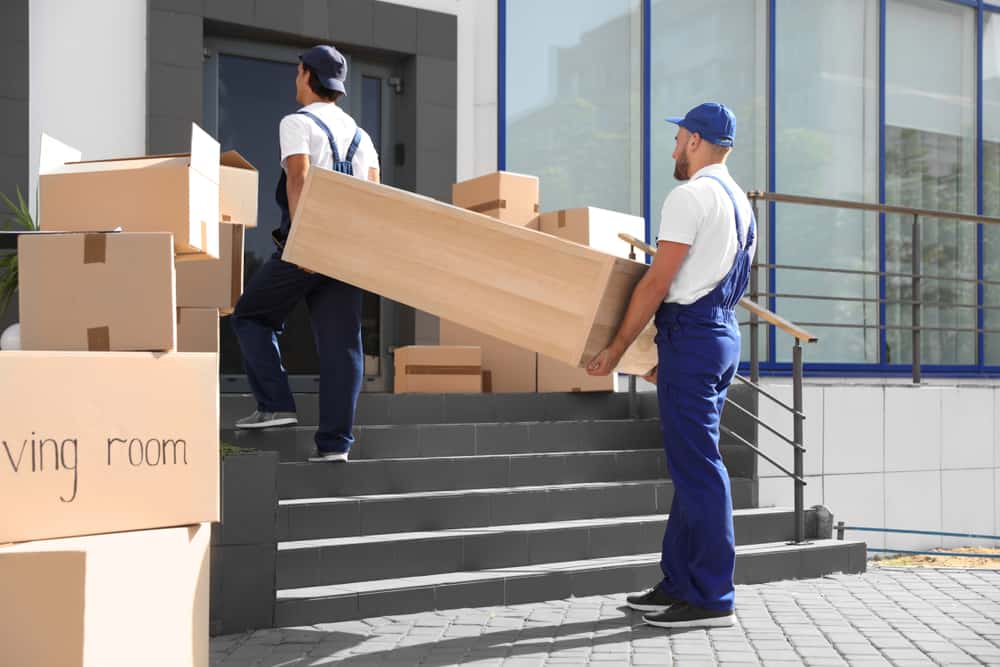 The best Phoenix to Las Vegas moving companies have industry expertise and years of experience that they’ll put to work for you. You can rest easy knowing that your furniture is protected and will arrive at the new place in pristine condition. Avoid personal injuries and other issues by turning to the pros for the job.

If you want to work with a team you can count on, a great place to start looking is at online Phoenix long-distance mover reviews. This feedback will show you which companies have provided exceptional service to their customers over the years. When choosing a Phoenix to Tucson moving company, you’ll only want to work with a team that is licensed and insured.

You also want to confirm that the company offers the moving services you’ll require and whether they’ll bring relocation supplies to handle the project. This could be moving blankets, bubble wrap, cardboard boxes, dollies, specialized trucks, and beyond.

The team at Mentors Moving started in 2006 and has taken their place as the top Phoenix to Las Vegas movers. We take care of over 1,200 moves per year and consistently maintain a high customer satisfaction rate. All of our crew members are 100% background-checked and also go through a full 160-hour training program to ensure they know how to handle every relocation.

Be sure to check out our Phoenix long-distance moving reviews on both Google and Yelp.

When you’re getting ready for a move, one of the most important things to consider is how much the process will be. The cost of moving from Phoenix to Las Vegas will be based on specific factors such as:

If you want a clear idea of what you’ll pay when relocating from Phoenix to Las Vegas, simply reach out to the team here at Mentors Moving. We’ll gladly provide you with a fair and affordable moving estimate that is determined by these details.

Usually, people preparing for long-distance moves from Phoenix to Las Vegas either drive themselves, fly, or travel by train to their new home city.

Driving from Phoenix to Las Vegas

If you’re planning on making a road trip for your relocation, you can drive from Phoenix to Las Vegas. The trip covers about 301 miles and takes about 5 hours of driving time.

To get from Phoenix to Las Vegas, you’ll take the I-10 west to the AZ-303 loop north. Head up to the US-60 west, which will lead you to the US-93. You’ll follow the US-93 until you cross the Colorado River, where it turns into the I-11. You’ll then turn onto the I-515 and take it the rest of the way to downtown Las Vegas. 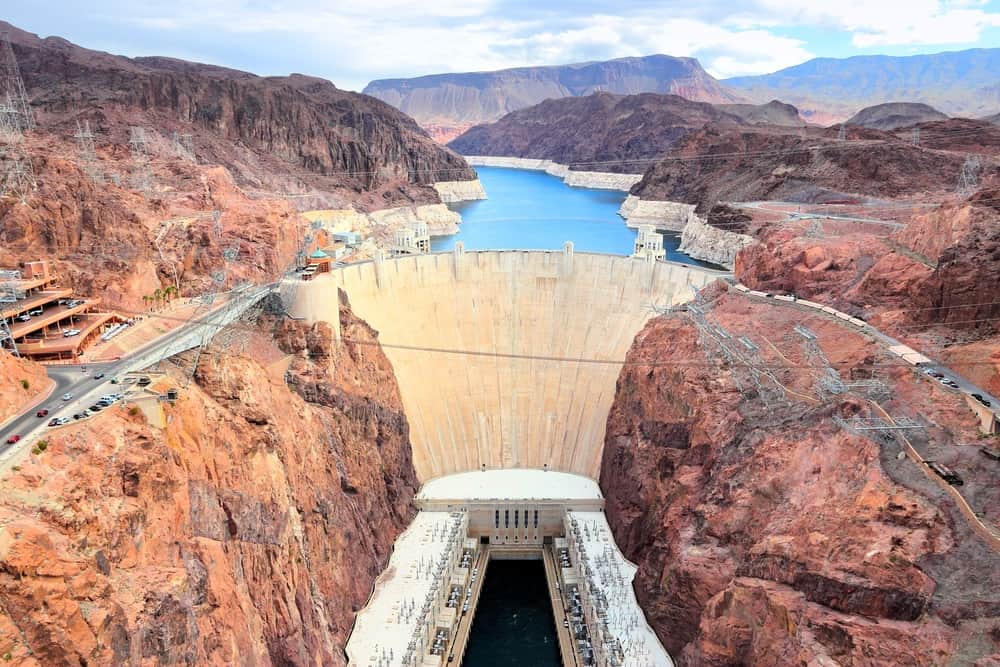 During the trip, there are a handful of neat places to visit between Phoenix and Las Vegas including Hoover Dam, Lake Mead, and the Historic Route 66 that travels through Kingman, AZ.

Flying from Phoenix to Las Vegas

Depending on the time of year, the average cost of a flight from Phoenix to Las Vegas is between $163 to $242 per seat.

Traveling from Phoenix to Las Vegas by Train

There are two daily trains from Phoenix to Las Vegas with an Amtrak route that takes about 10 hours. The cost of the ticket is $146 on average.

Moving from Phoenix to Las Vegas?

The transition from Phoenix to Las Vegas can be exciting and intimidating at the same time. If you’re looking for a team of top-rated Phoenix long-distance movers, look no further than Mentors Moving! Give us a call today at (480) 619-8240 or fill out the Request a Quote form above for a free moving estimate!