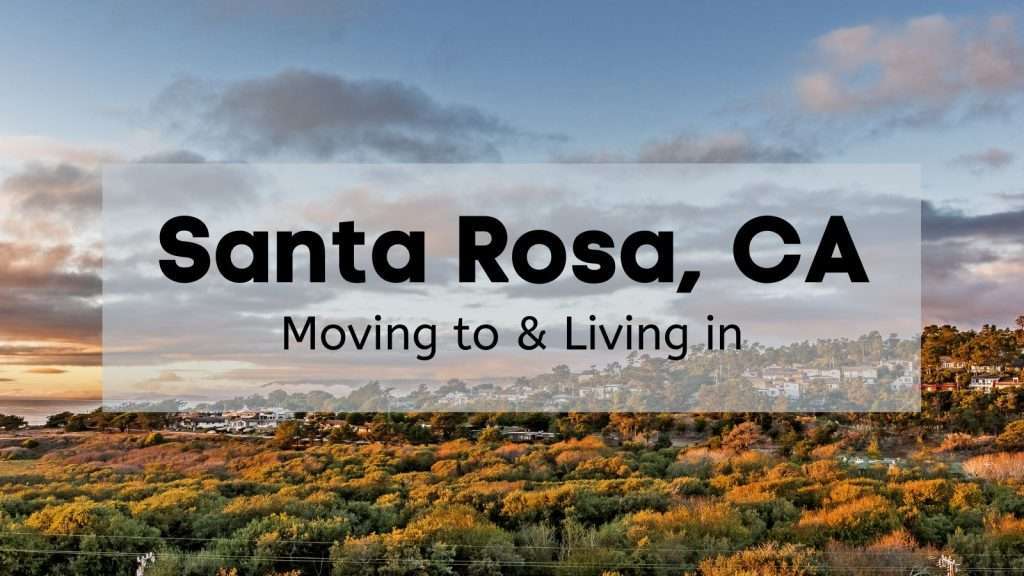 The city of Santa Rosa is located in Sonoma County, its name meaning “Saint Rose” in Spanish. The beautiful city of Santa Rosa is known for being the former home of Peanuts creator Charles M. Schulz – don’t be surprised if you see lots of statues of Snoopy and Charlie Brown around! – and also widely known as a city surrounded by vineyards and great wineries, as well as plenty of other attractions and things to do.

Among the older of California’s cities, Santa Rosa was founded in 1833 by a wealthy Mexican family, largely to be used as ranch land. Throughout the next decades, Santa Rosa became more and more populous, eventually having a Wells Fargo (back when they were a general store!) established in what would become the downtown area during the 1850s, and Santa Rosa began to develop as a city in earnest during the 1860s.

Like many cities on the West Coast, Santa Rosa experienced a major population boom after World War II, and has been growing ever since, helped along by urban development projects and annexations by the city’s leadership. Many people are moving to Santa Rosa for its beautiful scenery, varied housing market, and wealth of attractions and shopping. Living in Santa Rosa is a joy!

Where is Santa Rosa, CA?

Santa Rosa is in Sonoma County, some distance inland from the coast of California, and is part of the North Bay region. Almost the entirety of the city is situated on a flatland referred to as the Santa Rosa Plain. Santa Rosa’s western edge, meanwhile, is situated in the Laguna de Santa Rosa, where the Santa Rosa Creek discharges its water, forming a unique ecosystem.

Want to know where Santa Rosa is in relation to other cities? Santa Rosa borders Windsor to the north, and has close neighbors in Rohnert Park, Penngrove, and Petaluma to the south. The distance from Santa Rosa, CA to San Francisco, CA is 55 miles.

36.4% of Santa Rosa’s population has attained a bachelor’s degree or higher.

Here’s how Santa Rosa compares in crime to three cities of similar size:

The cost of living index in the Santa Rosa-Petaluma CA Metro is 49% higher on average than other places in America, according to Bestplaces, and this is actually a slightly lower COLI than the state of California. This state isn’t cheap!

Basic everyday costs like housing, utilities, and groceries will generally be higher or at the average. The average utility bill in Santa Rosa is $221.24 per month.

According to the Economic Policy Institute, a family will have to make, on average, $115,137 to live here.

Here are some common items you might buy, and their prices according to Numbeo:

Santa Rosa is built up around U.S. Route 101, which acts as something of a central vein through which all road travel goes. Public transportation is furnished by a line of rails, with SMART, as well as buses. The most substantial airport in the city is the Charles M. Schulz-Sonoma County Airport (code: G56V+4Q Santa Rosa, California).

If you or a family member are looking to get into higher education, you’ll have plenty of options around the area of Santa Rosa! The University of San Francisco has a local university in the area, and the Empire College is also located here. If you’re looking for a community college, Santa Rosa Junior College is an excellent option.

Santa Rosa has a wealth of excellent libraries, most notably the downtown branch of the Sonoma County Library.

Like most of California, Santa Rosa is a warm-summer Mediterranean climate, according to the Koppen scale. There are many things to love about Santa Rosa’s great climate! You can expect lows of 34 degrees Fahrenheit during the winter months, and highs of 84 degrees Fahrenheit during the summer months. Santa Rosa experiences precisely the average amount of rainfall when compared with the rest of the United States, with 38 inches per year. Generally speaking, Santa Rosa does not experience snow. The best times to visit Santa Rosa, in terms of comfort rating, are June and July. The coldest month is December.

Much of California experiences earthquakes due to the Hayward Fault, among others, and Santa Rosa is located near a certain segment of said fault, so expect earthquakes.

Santa Rosa is a big place with lots of interesting subcommunities for all sorts of different people. No matter what sort of community you prefer, you’ll find a neighborhood that suits you! Affordable, affluent, good for families, good for business, all of these types are here! Check out some of the best neighborhoods in Santa Rosa below:

Known as among the most affluent of Santa Rosa’s neighborhoods, Fountain Grove is a historic community that has its origins in a utopian society from the late 19th century. Founded by the Brotherhood of the New Life in the 1870s, the mainstay of the community was a two-story manor called “Aestivossa” by Thomas Harris, the utopian leader, a name in a language he thought only he could understand. This odd group left their mark on the community, but nowadays it serves as among the oldest subcommunities of Santa Rosa, with some of the most affluent properties in the city.

Monroe District – Another historic neighborhood with plenty of attractions

With some of the homes here having been built in the 1850s, this is without a doubt one of the oldest neighborhoods in Santa Rosa. The initial homes, simple constructions out of wood, are long gone, but the Monroe District still contains a lot of that aged charm. As of today, the Monroe District has lots of homes situated near numerous specialty stores, restaurants, and attractions.

Noteworthy for having buildings still standing from the 1890s, constructed by stonemasons from Italy, the Railroad Square is much like the Monroe District in that it is primarily situated near places with lots of stores, attractions, and so on. If you don’t want to drive for things to do in Santa Rosa, Railroad Square is an excellent option.

The median sale price for Santa Rosa homes is $760,000, which is priced significantly higher than the average home price for the Santa Rosa-Petaluma metropolitan area ($640,000) and the entire state of California ($538,500). The number of houses sold yearly has depressed, by 26% year over year, with 181 homes being sold this year. The median days on the market in this area is 27 days, a number that has been decreasing yearly.

37% of Santa Rosa residents rent their homes, according to RentCafe, which might be on the lower end for a city of Santa Rosa’s size. The average rent in Santa Rosa is $2,087 monthly, which is fairly typical considering Santa Rosa is pretty affluent.

If you want to make yourself a part of any of these communities, you should check out the latest listings for homes for sale in Santa Rosa, CA.

Santa Rosa is a city whose main industries pertain to tech, medicine, and finance, according to Payscale. The most popular positions of employment are Human Resources Manager, Mechanical Engineer, and Financial Controller. The largest employers in the area, and by extension the best places to work in Santa Rosa, are Medtronic, Inc., Keysight Technologies, and American Agcredit. The average salary for a worker in Santa Rosa is $80k a year, while the average hourly wage is $22.96.

Santa Rosa is a bit isolated, which means commuting to another city for work isn’t really viable – thankfully, with this much economic opportunity within city limits, you won’t have to! Check out the latest listings for jobs in Santa Rosa, CA here.

Things to Do in Santa Rosa, CA

It should come as no surprise that there are plenty of great attractions and specialized shopping centers in Santa Rosa! You should check out some of the best things to do in Santa Rosa, CA below:

Map of Santa Rosa Things to Do

The Bird & the Bottle is a chic, Southern and Asian fusion (not the most typical mix, right?) diner that keeps Santa Rosa locals coming back for its excellent menu and creative dishes. Don’t miss out on this unique restaurant!

In California, one is much more used to seeing Mexican restaurants than Puerto Rican ones – which is where El Coqui comes in to fill in the gaps! Enjoy the cuisine of this U.S. territory with a unique culture at El Coqui.

The Omelette Express is a beloved local breakfast joint of Santa Rosa, and for good reason! They serve not only fantastic omelettes, but just about every single breakfast dish you can imagine, each as delicious as the last.

Unfortunately for all the sports lovers out there, Santa Rosa just isn’t a city that lends itself well to professional sports. No big stadiums or big professional teams make their homes here, although the USF does have a college here, which has athletic teams for soccer and football. If you’re simply looking for amateur sports, then have no fear – in a city so big, there are plenty of courts, pools, and equipment to be found for all sorts of sporty activities!

Want to start living in Santa Rosa, California? Be assured that moving to Santa Rosa is a great idea! If you need a reliable team to help you with your transition to this wonderful city, give Mentors Moving a call at 661-325-6683! With our group of trained and professional Santa Rosa movers, we’ve got the know-how and the grit to make your move simple and quick! Call now or fill out our online form for a free quote!