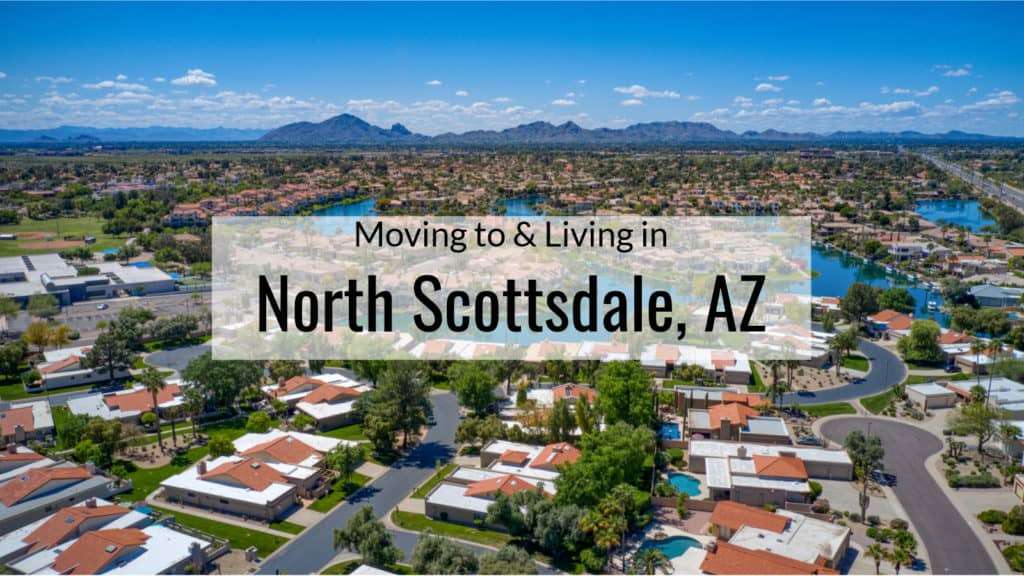 North Scottsdale is, as one might be able to guess, is a neighborhood in the northern section of Scottsdale, the city often called “The West’s Most Western Town” . Located in Maricopa County and in the wider Phoenix area, North Scottsdale shares its history with Phoenix and the rest of the city of Scottsdale. In the late 1800s, an Army chaplain named Winfield Scott surveyed the land that would become Scottsdale, and would purchase the first property in the area. The city grew from there, especially with the boost in industry from the world wars. Nowadays, North Scottsdale is some of the highest-valued luxury real estate in Arizona, if not the entirety of the United States. With ultra-luxury homes, mansions, golf courses, and boutique retail shopping aplenty, North Scottsdale is the hot spot for America’s upper class. North Scottsdale is home to many notable residents, like famous director Steven Spielberg and Twilight author Stephenie Meyer.

The neighborhood of North Scottsdale has a population of 119,662 distributed out at a population density of about 1,100 people per square mile. The median age here is 50.1, which is about 1.3 times higher than the Arizona average of 38.3. The median household income in North Scottsdale is $104,300, which is around 1.7 times higher than the average household income for the state of Arizona.

Scottsdale is expensive to live in, and North Scottsdale is the affluent sector of the city, so it should come as no surprise that the cost of living here is 14% higher on average than other places in America, according to Payscale. Homes in North Scottsdale are significantly more expensive than average for Arizona, with the average home costing you $667,450 on average. North Scottsdale is among the most high-class areas in America, so naturally, you can things like housing to be more expensive compared to the national average, and you can also expect to pay more for groceries and transportation, although utilities will be cheaper. Renting one of the luxury properties in this area comes with a slightly higher cost than usual, with the average rent for an apartment being $1,682.

If you’re on a budget, North Scottsdale is most likely off the table, but for the hefty price, you get a wonderful, safe community at the heart of Arizona’s finance boom.

Moving to North Scottsdale means you will be served by school districts like the Paradise Valley Unified District, which is host to a wide variety of excellently-rated elementary, middle, and high schools. North Scottsdale covers a wide area, and many of the schools here are high quality. Some of these high quality institutions of learning include Desert Trails Elementary with a perfect 10/10 GreatSchools rating, Desert Shadows Middle, and Pinnacle High.

Scottsdale is typical Arizona fare in terms of climate. Summers are incredibly hot, winters are still incredibly hot, and there’s usually not a cloud in the sky — ever. You can expect lows of 42 degrees Fahrenheit during the winter months, and highs of 104 degrees Fahrenheit during the summer months. Scottsdale experiences far less than the average amount of rainfall when compared with the rest of the United States, with 11 inches per year as compared to the national average of 38 inches. Scottsdale only experiences snow on freak occasions, so don’t worry about packing that ice scraper. The best times to visit North Scottsdale, in terms of comfort rating, are April and November.

How Does North Scottsdale, AZ Compare

While North Scottsdale is more of a work and residential area, Scottsdale’s “old town”, which is essentially Scottsdale’s downtown, is known for the nightlife. Expect lots of street stores, bars, clubs, art galleries, and more.

While North Scottsdale is very affluent, it doesn’t quite have a leg-up on Paradise Valley, a suburb of Phoenix which is known for being the richest municipality of Arizona. However, North Scottsdale does have quicker access to Phoenix and the rest of Scottsdale, as well as the Airpark providing close access to work opportunities.

Those planning on making a living in Scottsdale should know that wages have been increasing quarterly while the cost of living has also been increasing at a much higher rate, according to Payscale. The most popular employers in this community are CVS Caremark Corporation, The Vanguard Group, and General Dynamics C4 Systems. The most popular positions of employment are Software Engineer, Project Manager, and Office Manager. The average salary for a worker in North Scottsdale is $66k a year, while the average hourly wage is $18.27.

North Scottsdale provides ample opportunity for someone crafty enough to get a job in lucrative industries like finance, defense, or healthcare. Check out the latest listings for jobs in North Scottsdale, AZ here.

Things to Do in North Scottsdale, AZ

If you’re planning on moving to North Scottsdale, you can look forward to plenty of great shopping and family-friendly attractions! Check out local shopping centers like Scottsdale Quarter and the Kierland Commons for all your shopping needs! You should also check out some of the best things to do in North Scottsdale, AZ below:

The Talking Stick Resort is one of the finest luxury resorts this side of the Mississippi River, and is host to concerts, fine dining, spas, and more! Whether you’re visiting North Scottsdale, or just looking to get away for a weekend, there are few choices better than Talking Stick!

Alongside its host of things to do, North Scottsdale is also home to plenty of great eats! Check out some below:

Pancakes are good for the soul, and the staff at Butterfield’s know that. With excellent breakfast and lunch fare, Butterfield’s is sure to please anyone looking to get a good brunch in North Scottsdale.

Health freak? Trying to save the environment, one bite at a time? Then True Food Kitchen is for you! With a handy location right in North Scottsdale, TFK allows you to eat healthier than ever before!

Ready to take that last step and start your journey to making North Scottsdale your new home? Give Mentor’s Moving a call! Our crew of highly-trained professional movers will ensure your move is a stress-free process at affordable rates! Call now or fill out our online form for a free quote!