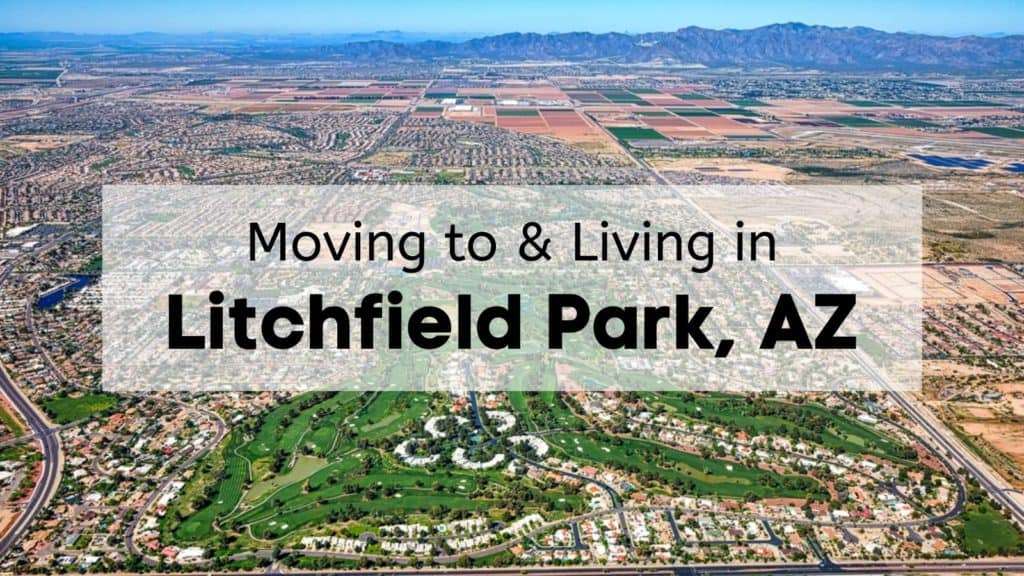 The city of Litchfield Park, AZ is a quiet and comfortable place to live about 20 miles west of downtown Phoenix. It is bordered by Avondale, Glendale, Goodyear, Phoenix, Buckeye, El Mirage, Surprise, Tolleson, and Youngtown.

As a pleasant community, Litchfield Park was named after Paul Weeks Litchfield, an executive of the Goodyear Tire & Rubber Company who founded the area in 1916. Later in the 1960s, the Litchfield Park Land and Development Co was started with the intent to expand the area into a community of 90,000 residents. Unfortunately, there were a lot of mistakes, and the development plans were never fully implemented as the land was later sold as-is.

Litchfield Park is known for its local resorts, outdoor attractions, and historic petroglyphs that are found in the area.

Though the community is small, a few notable people have called Litchfield Park home such as MLB pitcher Ray King and former Miss America Jacque Mercer.

Considered by its residents to be a great place to live, moving to Litchfield Park has many benefits and advantages.

The area isn’t overly diverse with Litchfield Park demographics consisting of about 78% Caucasian, 14% Hispanic or Latino, 3% Asian, and 1% Black or African American. Men and women make up a near-even split of the city residency with a gender ratio of 51% male and 49% female. This is an affluent city and the median household income in Litchfield Park is $83,156 per year, which is more than the national average. 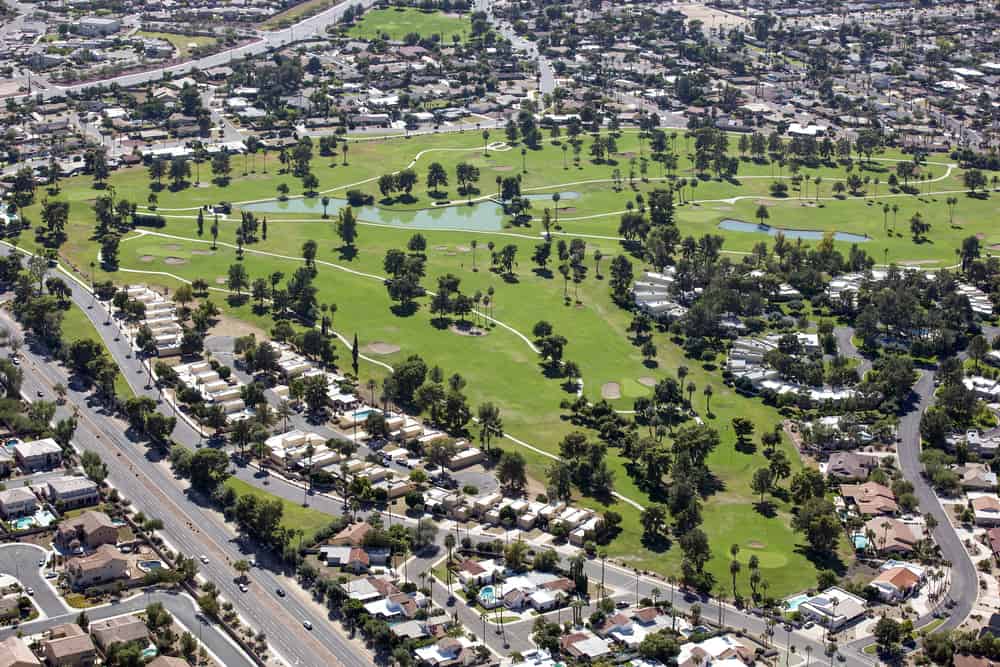 People residing in Litchfield Park are protected by the 134 active-duty police officers who are contracted through the Avondale Police Department.

Less than 20% of people living in Litchfield Park rent, but there are still a variety of leasing options available around the community. Depending on the size, location, and amenities it offers, the average price of rent in Litchfield Park is $1,818 per month.

Plenty of commodities can be found around town with local shopping in Litchfield Park at places like Albertsons, O’Reilly Auto Parts, Bashas, Walmart Neighborhood Market, Safeway, and the Palm Valley Marketplace.

The local weather in the area is hot and dry due to the desert climate in Litchfield Park. People living in the community are able to wear shorts, t-shirts, and flip-flops for most of the year due to the primarily warm days.

The average temperature in Litchfield Park is hot during the summer, getting well over 100°F in the daytime and staying in the upper 70s at night. Wintertime does provide some short-term relief from the heat as average temps dip to between the upper 30s and mid-60s. There is an average of only 9 inches of rain per year in Litchfield Park so you won’t have to worry about carrying an umbrella.

5. Things to Do in Litchfield Park

If you want to confirm there are fun activities, local places to visit, and unique points of interest in Litchfield Park, you’ll be pleased to find plenty of neat attractions.

As one of the best places to visit in Litchfield Park, the Wildlife World Zoo, Aquarium & Safari Park is a top-rated attraction. With more than 600 species of animals, you’ll be able to enjoy seeing the biggest collection of exotic animals in Arizona.

A can’t miss thing to do in Litchfield Park is the Goodyear Community Park, which was named after the popular rubber and tire company. The large park features many great facilities such as a skate park, baseball fields, softball fields, a splash pad, tennis courts, basketball courts, and much more.

With three full golf courses to choose from, the Wigwam Golf Club is a golfer’s paradise for local residents. Along with the golf options, the club also offers other amenities like a community pool, a resort, and world-class dining areas.

Before moving to Litchfield Park, you may want to see what kind of options are available when it comes to local restaurants.

One of Litchfield Park’s most popular places to eat is called Ground Control, a hot spot for wine and delicious food. Along with a variety of coffee and beer, this top-rated destination has a scrumptious menu of salads, burgers, sandwiches, wood-fired pizzas, tacos, wraps, chicken tenders, and more.

Ranked with the top restaurants in Litchfield Park, Old Pueblo Cafe is the best place to go for fantastic Mexican cuisine. As you look at their menu, you can pick between tamales, carnitas, enchiladas, tacos, burritos, carne asada, taquitos, and so many other choices.

Local Litchfield Park jobs are available all over town and in neighboring cities for those who may be looking for a new career. Some of the top places to work in Litchfield Park are:

The average salary in Litchfield Park is $59,000 per year. There is a state income tax rate of 4.2%. The most recent numbers show that the Litchfield Park unemployment rate is 6.1%, a bit above average.

There are about 1,336 kids between the ages of 0 and 18 years old living in Litchfield Park, adding up to more than 22% of the population. Thanks to strong education programs at the local Litchfield Elementary School District and the Agua Fria Union High School District, Litchfield Park is an excellent place for families to live. 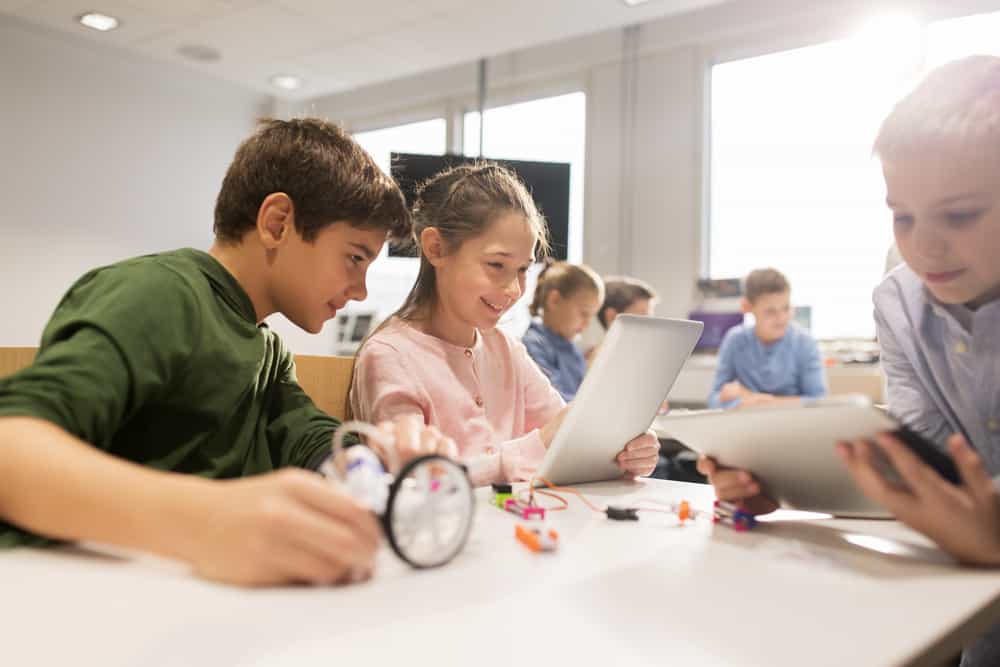 The most reputable schools in Litchfield Park include:

If you’re looking for colleges and universities near Litchfield Park, the most trusted options are Grand Canyon University, Arizona State University, and the University of Phoenix.

Residents, students, and children in the community also have access to the free Litchfield Park Library, a public option when you want to rent a book or movie.

The time zone in Litchfield Park is Mountain Standard Time (MST) and based on Arizona standards, it doesn’t shift to Mountain Daylight Time (MDT) during daylight savings time.

The elevation in Litchfield Park is 1,030 feet above sea level.

Find plenty of other attractions, restaurants, and other nearby amenities with this Litchfield Park map.

Tips for Living in Litchfield Park

It’s easy to see the many advantages you can experience from relocating to Litchfield Park. Once you’ve decided it’s the place for you, the helpful Litchfield Park movers here are Mentors Moving are standing by to make it happen. Call today at (480) 619-8240 or complete the Request a Quote form on this page for a free moving estimate!