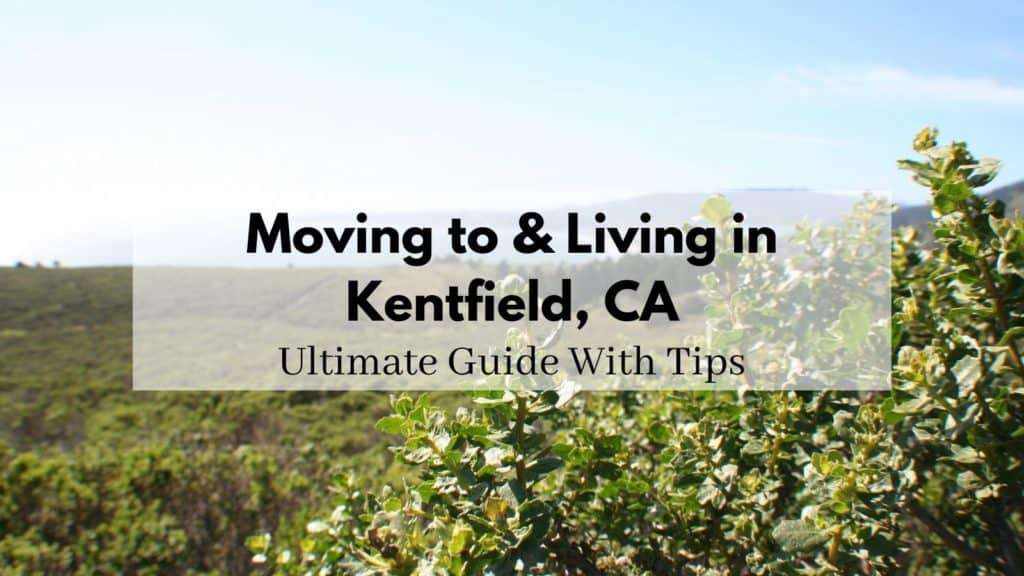 Just North of San Fransisco lies the pretty and peaceful community of Kentfield, CA. The city got its name from its founder, William Kent, who was a US Congressman and philanthropist. Kentfield is known for having the best views of Mount Tamalpais and Muir Woods, and it has many awesome trails that lead to spectacular scenery. Kentfield is considered to be one of the best San Francisco suburbs to live in, which has attracted a lot of retirees and families. The city offers its residents a suburban culture with quick access to big cities. Many people love residing in Kentfield for the parks, restaurants, and the low crime rates.

Kentfield has a population of 6,927 people, which is a slight growth of .29% from last year. The median age in Kentfield is 47.3, so there are many families and retirees living there. The racial demographics in Kentfield are 91.7% White, 2.93% Hispanic, 2.35% Asian, .98% African American, and 1.23% other races. Kentfield has a pretty low poverty rate of 4.76%, which is lower than the national average. Residents in Kentfield have a median income of $192,344. One of the many reasons people also decide to relocate to Kentfield is for their low crime rates. The crime rate in Kentfield is 64% lower than the national average, making residents feel safe inside and outside their property.

Kentfield’s cost of living shows it isn’t the most affordable place to live when you’re comparing the cost of living to the national average and the rest of California. However, Kentfield’s housing market is mainly to blame for the high cost of living. Housing in Kentfield is 838% more expensive than the national average. The average price of a home in Kentfield is $2.56 million or $945 per square foot. The housing market is considered very competitive and most homes are sold about 4% above the original listed price and within 34 days from when it goes on the market. With increasing costs, now is the time to buy one of the many Kentfield, CA homes for sale before the prices continue to rise. While the homeownership rate in Kentfield is 76.3%, there are still people looking to rent. The average rent in Kentfield is $2,722 a month, which is a 7.49% decrease from last year!

Those relocating to Kentfield have plenty of outstanding neighborhoods to choose from. The most popular Kentfield neighborhoods are Greenbrae, Murray Park, Kent Woodlands, and McAllister. Greenbrae is a wooded neighborhood with pretty landscaping. There are a variety of single-family homes available and most of their residents are older, with the average age being 58. Murray Park is one of the most affordable Kentfield neighborhoods with the majority of houses costing less than a million. While the residents enjoy the peaceful atmosphere, you still have quick access to shops and dining in downtown if you’re looking for a good nightlife. Kent Woodlands is a more expensive Kentfield neighborhood, which features large homes with amazing backyards and trees lined throughout the area. McAllister has plenty of midsize homes available with a lot of outdoor activities to do nearby. Most residents are retirees who desire the neighborhood’s slow pace of life and low crime rates.

Many people are moving to Kenfield for its pleasant Mediterranean climate. The summers in Kentfield are comfortable and dry with highs of 74°F and lows of 54°F. Meanwhile, Kentfield’s winters are cold and wet with an average high temperature of 54°F and a low temperature of 42°F.  The climate in Kentfield gets about 41 inches of rain and 261 sunny days in a year, which makes it the perfect balance between rainy days and sunny days.

Things to Do in Kentfield, CA

Whether you’re searching for a nice day outside or fun things to do in Kentfield with kids, we’ve got you covered! Check out the top activities in Kentfield down below:

This 193-acre park has different trails that go through a beautiful forest, which ends up leading visitors to a creek and a waterfall. You won’t want to miss out on the breathtaking sights this place offers. With options of easier trails, you can make this a family day of fun!

With many positive reviews on Google, Hal Brown Park offers its visitors a variety of things to do as well as a gorgeous atmosphere. With paths to walk, turf to play sports on, groves to explore the medicinal plants grown, and an amphitheater that provides music and plays. If you’re looking for a unique date night, this park can provide a night of fun activities and scenic views.

Kentfield has plenty of convenient shopping for their residents, including Marin Country Mart, First Street Books, and Woodlands Garden Shop.

Additional Things To Do Near Kentfield

In need of a delicious meal in Kentfield? We’ve found the best restaurants in Kentfield, so you don’t have to!

This little cafe in Kentfield serves the best breakfast food in town! Whether you’re craving eggs, french toast, pancakes, or a parfait, they serve it all. Breakfast isn’t for you? That’s okay because they serve lunch as well with options of salads and sandwiches. At Half Day Cafe, there really is something for everyone!

This Kentfield restaurant is a must try. Serving delicious dinner food, from burgers to steaks and seafood, this is a local Kentfield favorite. With tons of positive reviews on Google, you know that the experience is next level. Their waitstaff gets plenty of compliments, and their food does as well!

There are 3,268 employees in Kentfield, which is a 4.01% growth from last year. The salary in Kentfield has also had a steep increase of 8.83% with Kentfield’s median household income at $192,344 a year.  Most jobs in Kentfield are found within professional, scientific, and technical services, healthcare, finance, and insurance. You can click here for Indeed jobs in Kentfield. The average commute time for those living in Kentfield is 29 minutes. Since Kentfield is a San Francisco suburb, many residents drive there for their job. If this is what you’re planning to do, you can find directions from Kentfield, CA to San Francisco, CA here, which is 18.1 miles.

Even though Kentfield is a smaller city, there are still many great schools to pick from. The most popular schools in Kentfield are Anthony G. Bacich Elementary School, Adaline E. Kent Middle School, Redwood High School, and Tamalpais High School. All of these schools are well known thanks to their high test schools, low teacher to student ratio, and student’s preparedness. There are some options of private schools in Kentfield, which includes Marin Enrichment Preschool and Marin Catholic High School.

Is moving to Kentfield in your future? If that’s the case, have our talented Kentfield moving company, Mentors Moving, do all the hard work for you!  We have the best Kentfield movers in the area that will get your belongings to your new property in no time! Call us for a free quote today!